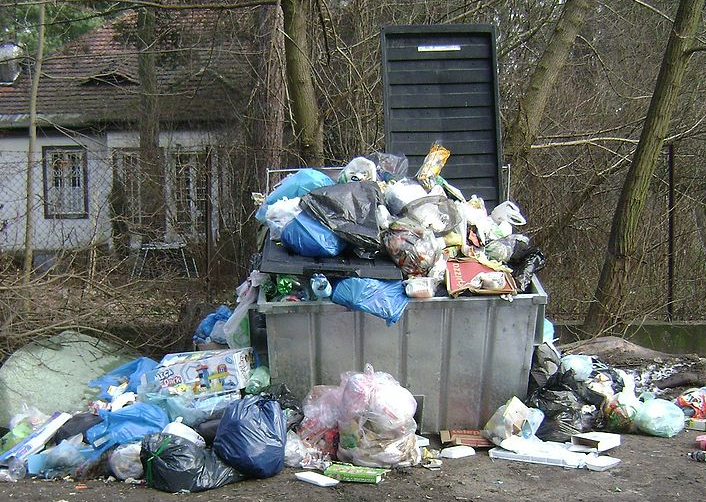 This article was written by Jonathan Benson and originally published at NaturalNews.com.

Editor’s Comment: As if Flint needed another reason to become the symbol of America’s decline, they now have a trash scandal to compliment their tainted water scandal. Note: After several days of trash piling up on curbs across the city, CNN is now reporting that garbage pick-up will be temporarily resumed, though the long term contract negotiations are not yet settled.

The stench of rotting garbage that has permeated the streets of Flint, Michigan, will soon waft away — at least temporarily.

Is there need for any further proof that this city government, and the authorities of the country in general, don’t care at all about the people who have to live in filth, with unclean and unsanitary conditions and with little prospect for a decent living in the future? Sadly, Flint like other surrounding locales in the Rust Belt, was once thriving and prosperous, but has been on a steady decline right into the gutter for decades.

“First the water, now the trash. What’s next?” Residents, rightly feeling abandoned by their city, and questioned whether they were being intentionally run out of the city and commented that it was as if they didn’t care about their citizens.

A dispute over who should be paid to pick up the trash has left residents of Flint, Michigan, which made national headlines this last spring over its ongoing water crisis, with nowhere to put their garbage but piled up inside their homes.

The office of the city’s mayor, Karen Weaver, issued a notice on July 30, one day after Flint’s previous contract with Republic Waste Services expired, notifying residents that they should avoid putting out their trash on August 1, and instead keep it inside.

“Due to the circumstances, there will be no trash pick-up in the city starting this Monday, Aug. 1, 2016,” the notice read. “Until a new agreement is officially in place, we ask the residents not set their trash out at the curb to prevent animals from disturbing it and make [sic] the situation worse.”

The benefit of using Rizzo is that the company bid $2 million per year less than Republic, which would save residents money. But the opposition insists that Rizzo has connections with former Flint Mayor Woodrow Stanley, not to mention some unsavory ties with Michigan’s northern neighbor, Canada.

According to M Live, the council voted 8–1 on July 18 against hiring Rizzo. Mayor Weaver later vetoed this decision, only to have the council come back and override that veto. The situation is now at a standstill, as the opposing sides war over what to do.

Republic’s apparent offer to continue providing trash services after the July 29 expiration of its contract, hinged upon a court hearing in which the council pushed for Mayor Weaver to reinstate trash pick-up. Mayor Weaver is also being charged with not adhering to the council’s vote and essentially ignoring it.

At this point, neither side admits to violating the city’s charter concerning the trash contract, but clearly one of them has, and Genesee County Circuit Court Judge Joseph Farah is set to hear the case and make a decision.

“We hope to have a new agreement in place that will allow crews to resume trash collection by the middle of the week,” Mayor Weaver told the press. “We realize this is an inconvenience and we’re working to resolve the matter as quickly as possible.”

Why is there so much corruption in Flint?

Such political theater may have gotten Flint its 15 minutes of fame with the lead in the water scandal, but this time around there are serious ramifications for public health that are entirely avoidable. Letting garbage just pile up in people’s homes because you can’t come to an agreement over who should take it to the dump is completely unacceptable, threatening public health in a whole new way.

The whole purpose of having a city council is to make decisions like those regarding trash pick-up, and it appears as though Mayor Weaver is acting out of harmony with the law in demanding that it be her way or the highway. This is the argument of the lawsuit that’s been filed against her.

The fact that Flint’s water crisis isn’t even over, with new criminal charges still being brought forward in that case, suggests that Flint’s government is deeply embedded with corruption that needs to be rooted out in order for it to move forward as a first world city. If this corruption isn’t dealt with, it will continue down the path to third world ruin.

This article was written by Jonathan Benson and originally published at NaturalNews.com.