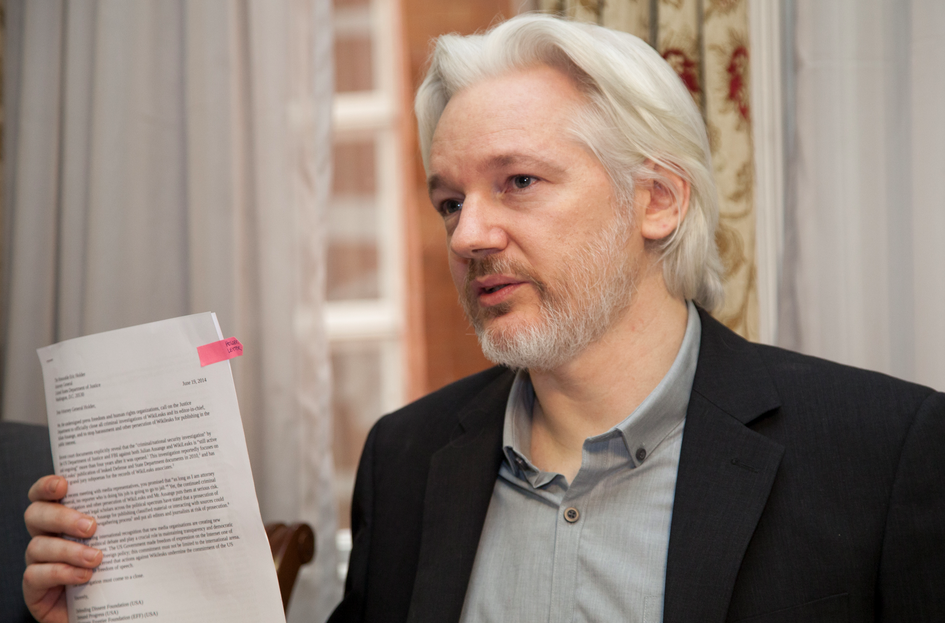 The October Surprise may come in any shape or form, but it is likely to have a major impact on the elections.

Whatever Wikileaks founder Julian Assange is planning to release on Hillary – and however damaging it may or may not prove to be – it is clear that the Clinton campaign wants nothing of it.

Perhaps that is why the planned Wikileaks announcement from the embassy balcony where Assange is in asylum had to be canceled – a ‘specific threat’ of some kind. Somebody wants to shut Assange up, quite clearly. Instead, the next release of damning information will be announced in Berlin via video conferencing. Or perhaps circumstances will prevent it from coming out.

Either way, newly released information about a conversation where then-Secretary of State Hillary Clinton discussed assassinating Julian Assange in order to silence Wikileaks makes clear what kind of situation we are dealing with here.

Not just bad, but very nasty. As The Anti-Media reported:

A new article published on TruePundit.com and tweeted by WikiLeaks claims that in 2010, then-Secretary of State Hillary Clinton broached the idea of launching a drone strike to take out Julian Assange…

[the] report alleges the topic came up on the morning of Tuesday, November 23, 2010, on Mahogany Row at the State Department, where Secretary Clinton abruptly changed the focus of the meeting from the color of her sweater to extrajudicial assassination.

“Can’t we just drone this guy?” True Pundit‘s anonymous sources say she asked, prompting a full discussion of legal and non-legal methods of dealing with the WikiLeaks whistleblowing organization. After all, she said, he was a soft target, “walking around” and freely disseminating private correspondence between diplomats and foreign leaders.

This account of Hillary’s lust for blood in dealing with difficult subjects was amplified by a memo sent from State Dept. Policy Planning director Anne-Marie Slaughter, a ranking CFR member, who outlined both “legal and non-legal strategies” for handling the Wikileaks problem.

Immediately following the conclusion of the wild brainstorming session, one of Clinton’s top aides, State Department Director of Policy Planning Ann-Marie Slaughter, penned an email to Clinton, Chief of Staff Cheryl Mills, and aides Huma Abebin and Jacob Sullivan at 10:29 a.m. entitled “an SP memo on possible legal and nonlegal strategies re Wikileaks.”

Slaughter’s cryptic email also contained an attached document called “SP Wikileaks doc final11.23.10.docx.” That attachment portion of Slaughter’s “nonlegal strategies” email has yet to be recovered by federal investigators and House committee investigators probing Clinton’s email practices while at State. Even Wikileaks does not have the document. Slaughter, however, shed some light on the attachment: “The result is the attached memo, which has one interesting legal approach and I think some very good suggestions about how to handle our public diplomacy.” 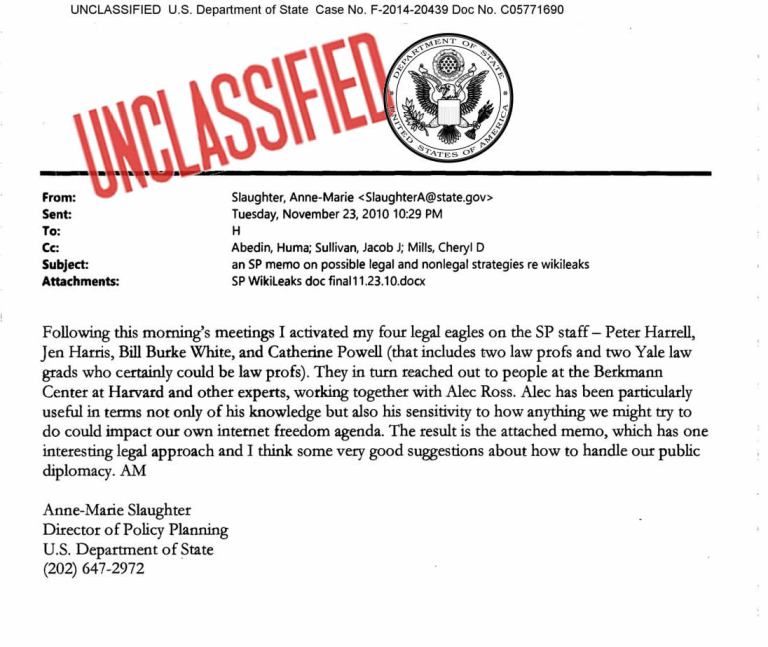 Not only was Hillary Clinton willing to take lives in order to cover-up the secret activities of the State Department – by broaching the subject of treating Julian Assange as a ‘soft target’ and Wikileaks as a hostile entity– but it is clear that she would be all too willing to do so again as president.

Obama set precedent by taking out the first American with a drone strike, assassinating accused terror mastermind Anwar al-Awlaki and his 16 year old son from the comfort of his Oval Office – reportedly he has approved new people for the kill list every Tuesday in a meeting with John Brennan.

Now, Hillary, who of course publicly cheered Gaddafi’s violent death during a television interview, will be happy to take the precedent further and use the drone as the all-encompassing leveler.

Hillary on Gaddafi: ‘We Came, We Saw, He Died’

If she takes power…

All dissidents become terrorists; all terrorists deserve death, especially if they are enemies of the president… and some enemies are more equal than others.

Drones will be used with impunity… perhaps even on U.S. soil. The Constitution will be total toilet paper, and America will see perhaps its darkest days yet.

President Obama currently has the worst record of any president for protecting whistleblowers – and many key journalists and leakers have rotted in jail rather than being recognized as brave figure who brought important and damning information to light.

Hillary will obviously out-do all of that. In spades.

Her record makes clear that she has been in a war against whistleblowers, etc. for her entire career. Now, with total power, she could literally and figuratively take them all out.

The only change in her tact against journalists, investigators, whistleblowers and political opponents will be intensity and force multiplication.

Drone strikes may become the weapon of choice – particularly if they are legitimized in this way.

The discussion of taking out Julian Assange should chill everyone to the bone about the form of government that is coming.