NORTHCOM Commander: ‘The U.S. Homeland Is No Longer A Sanctuary’ 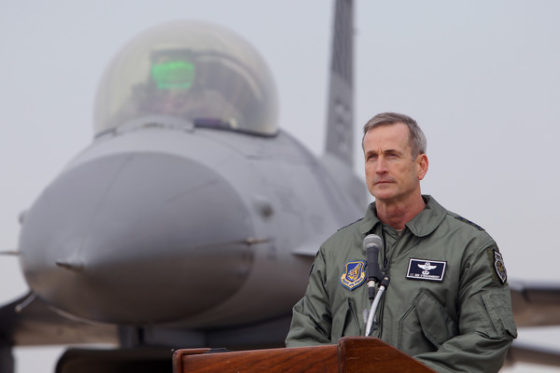 Air Force General Terrence O’Shaughnessy ended a speech at the 140th National Guard Association conference in New Orleans this weekend with an ominous warning that the era of great power competition doesn’t leave the United States mainland uncontested. The U.S. “homeland is no longer a sanctuary,” according to the four-star general.

According to The Military Times, O’Shaughnessy says that peer-level adversaries are probing U.S. defenses in multiple domains and that the continental United States is well within their sights. “We’re in a changing security environment,” O’Shaughnessy said. “We used to think about the sanctuary we had with oceans and friendly countries to our north and south, but that’s changing with adversaries that are actually able to reach out and touch us now.”

O’Shaughnessy’s concerns fall right in line with Defense Secretary Jim Mattis’ new National Defense Strategy.  This strategy just so happens to prioritizes peer-level adversaries as greater threats than lower-end insurgent forces like those seen in Iraq and Afghanistan over the past decade.  According to O’Shaughnessy and Mattis, those peer-level foes are Russia and China. That breaks down simply: The U.S. is no longer immune to attacks from Russia or China.

According to The Daily Wire, O’Shaughnessy asserted, “We’re in a changing security environment. We used to think about the sanctuary we had with oceans and friendly countries to our north and south, but that’s changing with adversaries that are actually able to reach out and touch us now.”

“We have to think about our defense in different ways than we have in the past. That means we need to fundamentally re-think when we say homeland defense how we’re going to do that against a peer competitor … A good example is the new AESA radars we’re trying to put in the F-16s, and we’re making progress.” That was a reference to Northrop Grumman’s APG-83 Scalable Agile Beam Radar when the Air Force chose to upgrade 72 Air National Guard F-16 Falcons in 2017. The APG-83 helps the F-16 to detect, track, and identify more targets faster and at longer ranges. Northrop Grumman also stated the radar is capable of operating in hostile electronic environments.

Air Force Chief of Staff General Dave Goldfein told The Military Times, “It’s probably dangerous for us to think we can physically be a sanctuary when we’re in competition below a level of armed conflict, and we have a couple of new domains that our adversaries are operating in: cyber and space. … Our competitors have studied the way we fight and the way we operate and are investing in and training in ways to take those advantages away from us.”