No Negotiation: China and Russia Walk Out of UN Security Council Meeting: “This Isn’t An Exercise” 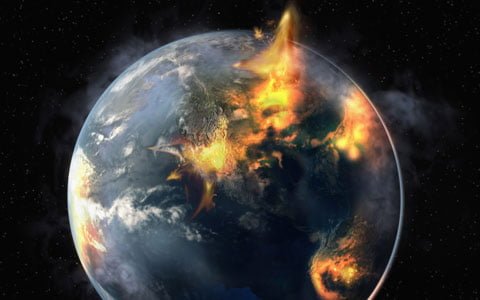 As Jerome Corsi warned earlier today, “this is one of the most serious moments that we’ve ever faced in world history.”

Events are happening quickly and as it stands, the United States, Britain and other western allies are preparing a missile strike on Syria.

Russia has been the most critical opponent of the possibility of mid east military action, but now China has also stepped in.

Russia and China have stepped up their warnings against military intervention in Syria, with Moscow saying any such action would have “catastrophic consequences” for the region.

And moments ago the Interfax new agency announced that China and Russia have left the negotiating table in response to a proposal for Britain’s David Cameron on pending intervention in Syria.

Russian and Chinese representatives have left the UN Security Council session that discussed the draft resolution on Syria proposed by Great Britain.

We could be days away from the start of a conflict the likes of which the world has never seen before.

The United States and Britain are pushing forward with plans to execute a “brief and limited” strike on Syrian targets, but all signs suggest it will turn into much more than that. In January of 2012 the United States positioned 100,000 soldiers off the coast of Iran, and just last weekend it was reported that hundreds of US soldiers and intelligence assets had moved into Syria ahead of the attack.

In response, Syria has warned it will immediately target Israel with Russian supplied advanced weaponry. Syria’s closest ally in the region, Iran, has echoed the threat and warned that it, too, will turn its military capabilities on Israel.

This is a game changer. Any response by Israel against Arab nations would turn the entire middle east against the U.S. led coalition.

According to a report from the LA Times, that’s exactly what Israel intends to do.

“We are not part of the civil war in Syria, but if we identify any attempt whatsoever to harm us, we will respond with great force,” Netanyahu said after huddling for a second consecutive day with key Cabinet members to discuss the possible ramifications of a U.S. strike against Syria.

Armies are mobilizing, and that includes Russian troops, who are reportedly now being deployed in Syria to help Assad defend against “rebel forces,” which adds additional strength to the 160,000 Russian troops mobilized in the region earlier this summer. Furthermore, the Russian Navy deployed nearly its entire Pacific fleet to the Mediterranean in May.

Moreover, after a meeting with Saudi Arabia in which the Saudi head of intelligence directly threatened Vladimir Putin with terrorist attacks during the coming winter Olympic games in Russia if they didn’t let the U.S. move forward with their plans in Syria, President Putin has reportedly responded with the threat of a massive counter-strike against the Saudi Arabian monarchy.

This isn’t an exercise.

The writing is on the wall.

The militaries of the most powerful nations on Earth are preparing to engage.

If President Obama initiates a missile strike on Syria, however limited in scope, it could set the whole world ablaze.