No Blood, No Bodies in Orlando: “103 People Can’t Be Shot Without Real Evidence” 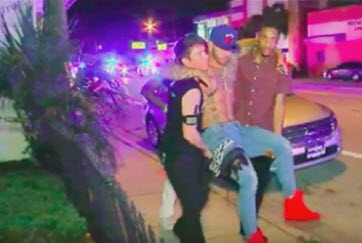 This article was written by Paul Craig Roberts and originally published at his PaulCraigRoberts.org website.

Editor’s Comment: While the truth about this event is difficult to know, there is ample strangeness in this case that raises similar questions to those that have lingered since 9/11, Sandy Hook and the Boston Marathon bombing, to name but a few incidents.

Paul Craig Roberts, who was high up in the system as a Wall Street Journal editor and a Reagan Administration economist and cabinet member, has pointed out the complete lack of evidence and sincerity in this case, which makes no sense and is inconsistent with other cases from real life which are not coordinated in the media.

In response to my challenge ( http://www.paulcraigroberts.org/2016/06/13/orlando-shooting-paul-craig-roberts/ ) readers report that they have found no evidence of bodies or blood. One person reports that a TV station posted names of some victims, which is the way the absence of Sandy Hook bodies was handled.

One person who said he is a veteran said the AR-15 can have a 30-round clip. That would mean four reloadings in order to shoot 103 people. The veteran said that the rifle can be reloaded in 5 seconds: one clip is dropped out, another put in, and the bolt released. But 5 seconds is not fast enough to prevent being rushed. Remember, sprinters can cover 100 yards—300 feet—in less than 10 seconds. Ordinary people who are not couch potatoes can cover 300 feet in 20 seconds. That means they can cover 150 feet in 10 seconds or 75 feet in 5 seconds or 15 feet in 1 second.. In the crowded club, people were likely no more than 10 feet from the shooter, 20 feet at the most. Moreover, if there is only one shooter, he can be rushed in an arc that he cannot possibly cover. It is difficult to imagine that there were no veterans in the club, no people aware that guns run out of bullets and have to be reloaded and that so many people would miss four opportunities to disarm the shooter. It is hard to imagine that none of the hundreds of people present were capable of presence of mind. Bottles could be thrown at him, glasses, chairs. And no one did anything?

Mainly what readers have reported is evidence that the Orlando shooting is a hoax. One reader sent me a video in which a skeptic uses a RT video to show that the same three allegedly injured people, who so far are the only victims we have been shown, are being carried toward the night club, not away from it.

Another person sent a video that shows the man with the red shoes who is being carried is put down after the camera walk-by.

Here are readers reporting their inability to find any real evidence. Somehow 103 people were shot and there is no visible evidence.

Dear Mr. Roberts, in response to your request for evidence regarding the Orlando shooting, I held my nose and forced myself to watch about an hour and a half of fox and cnn. No blood whatsoever. Nothing real about any of the videos or stupid interviews with alleged victims. I knew we were being lied to the first night when Fox News trotted out Bernard Kerik. We know that traitor lied to us about 911. Why would we believe anything that evil bastard said about this event. Thanks for such a great article. You really nailed it. Dutch

I was watching one of the networks at a local eatery. My working assumption on these mass shootings is that they are fake, either entirely so, as you mildly suggest in your latest article, or perpetrated by government informants. The cameo profiles of victims began appearing on TV last night, as my wife and I sat at a bar-restaurant eating chicken wings. Who believes this stuff? Pepe Escobar and others are also articulating skepticism on their Facebook pages. Is this a distraction from some important stuff going down at Bilderberg?

Thank you for your great work. I agree with your take on Orlando,San Bernardino,etc. Do you think there is a legal way to expose the people that perform these fictitious acts (I.e perhaps class action lawsuits against the crisis actors, etc).? Thanks again for all your efforts. Husni

A fat, crying woman under shock yells out a detailed story to the cameras, without stopping. It seems she practiced the script for a week or so. Such poor acting just causes pity. Someone should have said : \” Madame, please slow down. Fetch your script and come back for a second take, OK ?\”

It took 3 hours for the police to proceed with an assault. 53 wounded
people lay officially inside the establishment, crying for help. Are there recordings of these desperate yells ? Fifty three folks !

I searched Orlando on You Tube (easy, fast, no sound, and no blood). Thank God, actually.

Was wondering what your take is on this. Veterans Today has it as most likely another false flag. Like you pointed out, many groups to benefit from this. The DEMS are pushing hard for gun control, Israel is ecstatic of more hatred towards Muslims, the DOD loves more war money, and the beat goes on. I was looking for ambulances and paramedics, but saw none. Then the BOZO, known as the President here, gets on TV asap and pushes gun control, never mentions anything else. He was cold and remorseless, and walked away fast. Meanwhile, the Congress and President and Homeland Insecurity are bringing in crateloads of questionable immigrants, some handled by religious groups no less (raking in the dough).

I have not seen any evidence, but I am a bit \’over-the-hill\'(62 yrs old) when it comes to comprehensive internet searches. However, I asked my computer savvy 24 yr-old son, and he has not found any videos of the carnage inside nor out. He did suggest to me that if anyone did capture anything on their cell phone, etc., that the police/authorities would immediately confiscate it. I don\’t know though… Please let us peons know if you find anything remotely credible. thank you PCR

I appreciate readers bringing to my attention more evidence that suggests we are witnessing another drill, like the announced drill at the Boston Marathon, turned into a fake terrorist attack. That indeed might be what the Orlando shooting was. However, remember, our purpose is not to disprove the official story, but to find evidence in its behalf.

So far all we have are official statements and testimony by what seem to be crisis actors. 103 people cannot be shot without there being real evidence.

It has to be somewhere.

My cautionary statement was that we should not believe massive terrorist attacks without evidence, especially when we know for an absolute fact that the government lied to us about Saddam Hussein, Assad, and Libya. These lies have kept us at work destroying Muslim countries for 15 years, with a consequence that Europe is being overrun with refugees from our wars based on nothing but the government’s lies.

My point is simply that we are given stories based not on visible evidence but on claims. These kind of events have to leave massive evidence, but somehow it is not visible.

If we cannot prove the story, we are entitled to disbelieve it.