New Study Confirms: “The United States Is No Democracy… But Actually An Oligarchy” Dominated By The Economic Elite 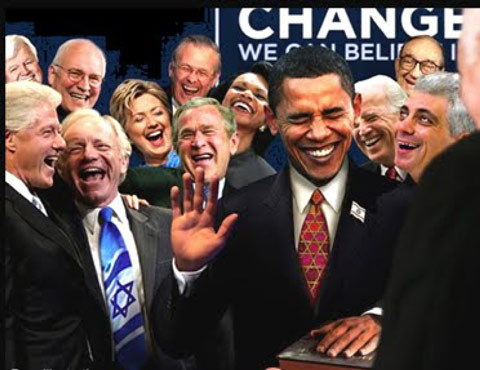 Most Americans wake up every morning believing that they live in a democracy. We have the right to vote, the right to work, and the right to freely express our opinions without threat of imprisonment or worse. Our political leaders often tout the United States as being a democracy of and for the people. We even spend hundreds of billions of dollars a year spreading this democratic influence to the rest of the world.

But a new study from researchers at Princeton and Northwestern University titled Testing Theories of American Politics: Elites, Interest Groups, and Average Citizens starkly contrasts the notion that America provides an equal playing field for every citizen, as it was intended to do at its founding.

Essentially, you as an average American citizen have no say whatsoever as it pertains to public policy, legislation, or regulation.

A study, to appear in the Fall 2014 issue of the academic journal Perspectives on Politics, finds that the U.S. is no democracy, but instead an oligarchy, meaning profoundly corrupt, so that the answer to the study’s opening question, “Who governs? Who really rules?” in this country, is:

“Despite the seemingly strong empirical support in previous studies for theories of majoritarian democracy, our analyses suggest that majorities of the American public actually have little influence over the policies our government adopts.

Americans do enjoy many features central to democratic governance, such as regular elections, freedom of speech and association, and a widespread (if still contested) franchise. But, …” and then they go on to say, it’s not true, and that, “America’s claims to being a democratic society are seriously threatened” by the findings in this, the first-ever comprehensive scientific study of the subject, which shows that there is instead “the nearly total failure of ‘median voter’ and other Majoritarian Electoral Democracy theories [of America].

When the preferences of economic elites and the stands of organized interest groups are controlled for, the preferences of the average American appear to have only a minuscule, near-zero, statistically non-significant impact upon public policy.”

To put it short: The United States is no democracy, but actually an oligarchy.

Given that even the Federal Reserve announced this morning that their policies make the rich much richer and the poor poorer, can anyone really argue with the fact that the political and socio-economic systems of this country are specifically designed to benefit the interests of the elite?

As Congress debates cuts to food stamps and unemployment insurance to the tune of a few billions dollars, the government pumps tens of billions into the coffers of investment banks and financiers on a monthly basis. 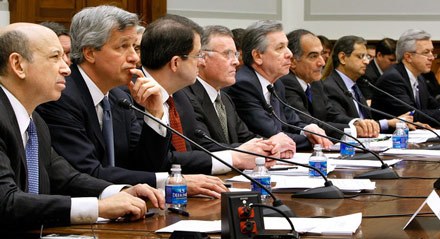 Those convicted of petty non-violent crimes like possession of marijuana could spend a lifetime in prison, while the individuals responsible for wiping away 40% of America’s wealth in the 2008 crash have not only avoided prosecution, but are rewarded within their respective organizations.

Whistle blowers spreading the truth to the masses about the the duplicitous nature of politics and business have to hide in non-extradition countries to avoid prosecution for releasing “sensitive” material, all the while the elites who engaged in criminal acts like bribery, conspiracy and murder are hardly even given a second look.

And just last week we saw a perfect example of elite domination in the form of a land grab when hundreds of government officials converged on the ranch of a family that has been engaging in the same activity for over a century without any trouble. That is, until a conniving Senator with ties to foreign companies determined it was in the best interests of his pocket book and legacy to force a rancher off public lands and put thousands of people in harms way just to achieve his ends. 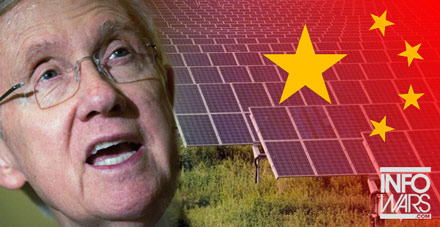 The stories of such corruption and overreach against average Americans are countless and prove without a shadow of a doubt that, while we may call the United States of America a “democracy” or “republic,” it’s now only rooted in rhetoric and not reality.

Economic and political cyclical analyst Martin Armstrong warns that it is this very effect of moving power from the people to the elites that led to the failure of previous ‘democratic’ societies:

Dealing with Washington over the years taught me a lot. I have been inside the belly of the beast as well as on the outside. I have seen it all from every angle. Government is not run by democracy – it is a republic oligarchy pretending to be a democracy. Now a study is coming out an it confirms what I have seen over the years that this is just an American Oligarchy.

There is no hope of honest politics until there is major serious reform. We are at the same point in our history as the fall of the Roman Republic and for the very same reasons – outrageous corruption..

When we surrender our power, influence and money to the elite as we have done in modern day America, then we have likewise surrendered to them our liberty.