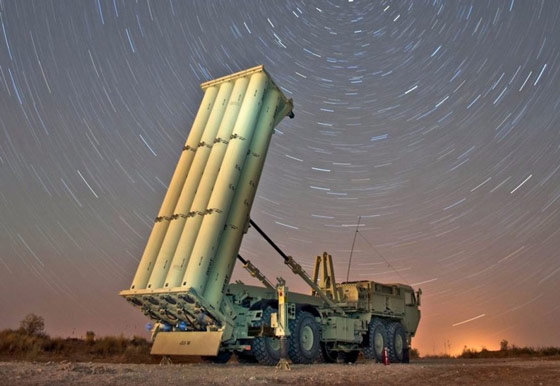 The article, You’re the ‘Terrorists’: North Korea Vows Attack on Enemy Intelligence Agencies, was released by Sputnik News on May 5.  The article contains two passages worth mentioning.  First this one:

“Korean-style anti-terrorist attack will be commenced from this moment to sweep away the intelligence and plot-breeding organizations of the US imperialists and the puppet clique.”

Yes, the grammar and usage reads exactly akin to the script from a “bad” B-rated Karate movie of the kind that used to come on TV on Saturdays.  All kidding aside and poor sentence construction or not, these guys have nuclear weapons and they have the resolve to use them when backed into a corner.  The second passage is more telling:

“On Thursday, a think tank report from inside the US Congress said that the U.S.’s controversial THAAD missile defense system that has begun to be deployed in South Korea may not be capable of actually intercepting North Korean nukes directed around the Korean Peninsula and toward Japan.”

So, you see, THAAD “may not be capable of actually intercepting North Korean nukes,” and this straight out of Washington.  Want to know why?  All you have to do is look back to 2011 and 2012 when tests were conducted with THAAD in Hawaii.  These tests were “dog and pony” shows…where the coordinates for the target missiles’ trajectories were fed into the computer system beforehand, and even then…THAAD only took out 50% of the missiles.  THAAD is a piece of garbage: a budgetarily overinflated Military Industrial Complex (MIC) project designed to appear as if it’s a formidable and reliable defensive measure.  Its design is to ensure continuity of contracts and budgetary allocations. 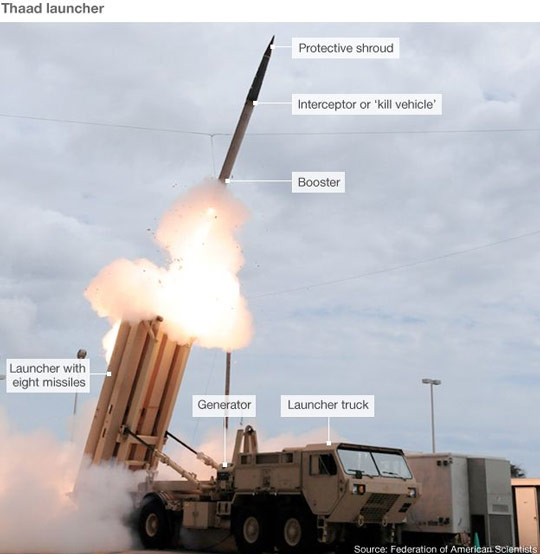 THAAD is akin to that killer robot in the first “Robocop” movie that the VP knew was a failure but was launching due to the kickbacks and replacement parts contracts that would funnel money to his firm for a decade.  In a snarling voice the Robot told an executive, “Drop your weapon. You have thirty seconds to comply!” and then it threw about 100 rounds into him after he had dropped it.  THAAD is a sequel to “Robocop.”  THAAD is “taking the torch” from the “Sergeant York,” a fiasco of the mid-1970’s: an APC (Armored Personnel Carrier) that was the perfect fighting vehicle.  It was perfect, provided it didn’t have to turn a corner, and when it did, it would flip over, killing the driver and crew…a “glitch,” that posed a problem.

A glitch with THAAD can mean the loss of a military base or an entire city.

Addressing the gravity of the situation, an article from All News Pipeline was released this week, entitled Did Recent NKorean Missile Test ‘Fail’ Or Was It Really A Perfect EMP Test?  The piece deserves special attention because it was provided to All News Pipeline by none other than Dr. Peter V. Pry, the United States’ foremost expert on EMP (Electromagnetic Pulse) weapons in the hands of “threat” nations.  Dr. Pry really lambastes the mainstream media’s deliberate obfuscation of the NK EMP threat, as follows:

“Overwhelmingly, press commentary and analysis low-balls the North Korean nuclear missile threat.  Press reporting focuses on the unreliability of North Korean missiles.  Speculation is accepted as gospel that North Korea allegedly does not have a reentry vehicle capable of penetrating the atmosphere.  They allegedly lack guidance systems accurate enough to strike a military target, or at intercontinental ranges, even a city.  Therefore, North Korea cannot deliver on its threats to make nuclear attacks on the U.S. and its allies, at least not for the present, or so the reassuring story goes.”

I am not going to quote the article, but for those in denial for the sake of denial, it would be wise to open your eyes and ears and listen to what experts such as Dr. Pry are saying.  Read the article!  It goes into detail about the minimum height requirements for an airburst weapon to deliver an EMP.  The article has cross-references to other materials written by Dr. Pry and compiled by the Congressional committee to address the EMP threat to the U.S.  Last but not least, this final quote by Dr. Pry is worth paying attention to:

“On April 30, South Korean officials told The Korea Times and YTN TV that North Korea’s test of a medium-range missile on April 29 was not a failure, as widely reported in the world press, because it was deliberately detonated at 72 kilometers’ altitude.  72 kilometers is the optimum burst height for a 10-Kt warhead making an EMP attack.”

The point to all of this is that the U.S. is ready…on paper, a paper tiger named “THAAD” that can claw and take down 50% of the charging water buffaloes that come out of the jungle.  But what about the 50% that do crash on through?  And where is THAAD going to be when one of those North Korean submarines surfaces (perhaps again, as with the one that “got away” last month?) off the coast of California?  The NK SLBM (Submarine Launched Ballistic Missile) tests were successful, and the THAAD tests were not.  You do the math.  Whatever hits we take, whether with a nuke or with an EMP, you can bet that none of the politicians, general officers, or bigwig MIC-heads will be in the targeted areas.