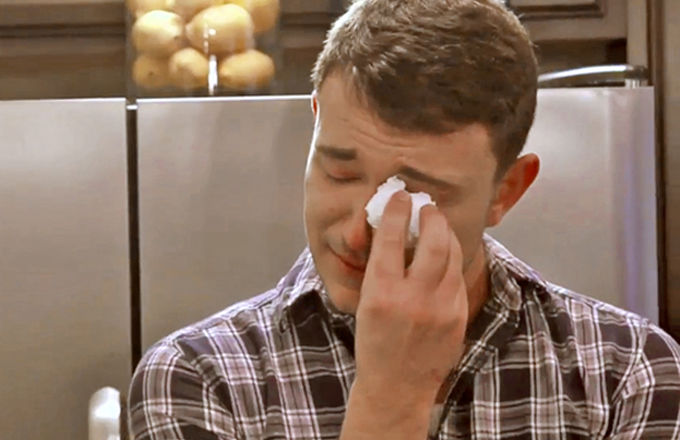 Editor’s Note: Never mind the Spanish Conquistadors who killed hundreds of thousands of native Americans following the discovery of the Americas. Forget about the brutal dictatorship of Santa Ana’s Mexico that aimed to put down white settlers in Texas, or that Texas’ independence sparked a war over territory in California years later. Forget that the slave trade was managed and often operated by African tribal leaders looking to turn a profit by shipping slaves to the new world.

The real blame for slavery, poverty and racism should be put squarely on white Americans. We are, after all, unapologetic for the transgressions some of our ancestors may have committed hundreds of years ago.

As you read the following report from Paul Joseph Watson of Infowars you’ll quickly come to realize that their is a movement afoot. It’s one that is designed to demonize people for the very color of their skin and completely ignores the content of their character. It is clear that racism is alive and well in the United States, but it’s not the kind of racism we’ve been taught over the last several decades. No, this kind of racism is a bit different and is completely denied by the establishment media and politicians, because the targets of the venomous attacks and accusations happen to have a white color to their skin, making it totally justifiable (for what factual reasons, we’re not exactly clear).

Luckily, we have a new reality show that explains to the world, and white people in particular, why they are so vile and repulsive.

MTV will air a show later this month entitled White People which shows young white Americans crying on camera over their “white privilege” and publicly shaming them for “what they’ve done in America”.

No, this is not a joke. The documentary is hosted by Pulitzer Prize-winning journalist Jose Antonio Vargas, an illegal immigrant and amnesty activist who has worked for the Washington Post and the Huffington Post.

The trailer for the show, which has been widely criticized by YouTube respondents, features white people expressing angst about how they are desperate not to appear “racist” or “offend people.”

According to Kimberly Ricci, the documentary forces the participants “to internalize what they’ve done in America” – in other words, this a huge exercise in white guilt tripping for public consumption.

An MTV write up of the show also explains how Vargas talks to young Native Americans who feel that European settlers did not ‘save the country’.

In the interests of balance, when will Vargas be fronting a show called Black People that collectively blames all black people for black crime statistics, including the fact that black people in America commit over half of homicides despite making up only 13 per cent of the population?

How about the fact that despite being outnumbered by whites five to one, blacks commit eight times more crimes against whites than vice-versa?

How about the fact that interracial rapes are almost exclusively black on white?

How about the Barbary slave trade, under which over 1 million white Christian Europeans were enslaved in North Africa until the middle of the 18th century?

Are black people going to be shown crying on camera having been shamed into taking responsibility for all of this? No, because that would be racist. But according to MTV and Vargas, subjecting someone to trial by media purely because of their skin color is perfectly acceptable – so long as they are white.

This documentary represents the culmination of years of race-baiting and racial division which is being driven by the mass media and the Obama White House, tensions which have rapidly accelerated since the Ferguson and Baltimore riots.

Responses to the video trailer on YouTube were savage, with the clip receiving twice as many ‘thumbs down’ in comparison to ‘thumbs up’.

“I’m black, even I know this show is straight up racist. Only because it’s stereotyping white people, all white INDIVIDUALS are not like that,” wrote one respondent.

“You want an uncomfortable conversation on race? Let’s talk about violent crime stats shall we? No? I get it, you only want white people to feel uncomfortable,” added another.

However, many in the liberal media are celebrating the show, with Kristen Yoonsoo remarking how pleased she is about the fact that, “lots of white people tears lie ahead.”