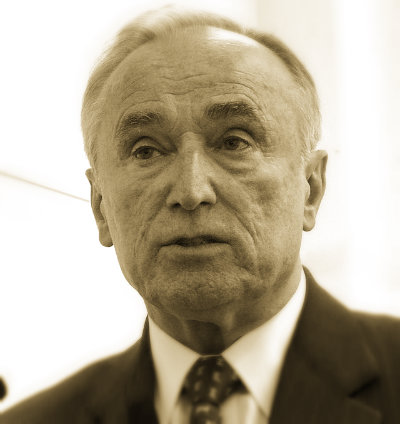 In the wake of the Paris terror attacks abroad, and the protests over Eric Garner’s death by chokehold, the NYPD is reformulating its policing strategy, and creating a new unit, dubbed the Strategic Response Group, to deal with “special events” including both terrorism and protests.

This additional unit will be a specially trained “strike force” to supplement the already established NYPD’s counterterorism program with 1,000 officers trained in heavy weapons tactics.

Not only will this Strategic Response Group be equipped with “extra heavy protective gear, long rifles and machine guns,” but its officers will be “constantly updated about threats” concerning potential terrorism and ‘civil disorder’ gatherings via smartphones and tablet devices.

Bratton stated that responding to protests and terrorist attacks require “overlapping skills,” hence the creation of a single unit. There has been no further clarification on what these “skills” might be, other than possibly being able to discern whether it’s a protest or terrorist attack they’re dealing with and, consequently, whether the machine gun stays in the squad car.

With public protests and crowd control within the scope of these new plans, Bratton downplayed to potentially intimidating role of officers armed with machine guns.

Or not, said the department when its new counterprotest unit began taking heat for Bratton’s conflation of terrorism and tying up traffic.

When asked if New Yorkers should expect to see police officers with “machine guns” at city protests, a spokesman for the NYPD told The Intercept, “No. They’re not carrying them at protests.” In general, however, the spokesman said officers would have access to the weapons “either on them or in their vehicles.”

With much of the public outraged at recent police behavior, it is no surprise that the NYPD is viewing dissent through the same lens as violent attacks. CBS New York reported:

“It is designed for dealing with events like our recent protests, or incidents like Mumbai or what just happened in Paris,” the commissioner said.

The Strategic Response Group, Bratton said, will be dedicated to “disorder control and counterterrorism protection capabilities.”

Funding comes in part from Homeland Security, who’ve helped establish the view that anyone could be a potential “lone wolf” terrorist attacker:

Funding for the new squad is expected to come from both the city and federal Homeland Security grants.

The unit of 350 cops will be specially trained in high-tech weaponry to deal with protests, “lone wolf” attacks and evolving threats posed by terrorists, CBS2’s Marcia Kramer reported.

The city is also expanding its surveillance activities even further in effort to “enhance” police presence without depleting resources from typical neighborhood patrols.

Bratton is also calling on the Metropolitan Transportation Authority to outfit all new subway cars with cameras that would be monitored on the train by an officer in the conductor’s booth, as well as at an off-site location.

The commissioner said he will also ask Mayor Bill de Blasio for more funding to buy more Tasers as an alternative to the use of force. Bratton reportedly wants at least 450 cops — five or six at each of the city’s 77 precincts — to carry Tasers on them, not leave them in their cars, Kramer reported.

It appears that with public criticism of police actions at a high point, re-invoking terrorism and recent violence against officers is useful in rebranding the department, while expanding its scope and size. Tech Dirt write:

Using the word “terrorism” in a sentence is an easy way to route funds to your law enforcement agency. New York — being both highly populated and an American icon — is certainly high on the list of terrorist targets. But years of counterterrorist investigations have done very little to reduce the threat. The NYPD has been overselling and under-delivering on the “imminent terrorist threat” front for years. Because it has so little to police at home, it’s been sending its officers around the world to actual terrorist attacks — a tactic that has earned it little more than the irritated scorn of those actually charged with policing much more dangerous parts of the world.

Above and beyond all of this, there’s Bratton’s assertion that the same special unit should be tasked with counterterrorism and handling protests, as if the two were remotely related in any way. The message is clear: civil disobedience is an attack on New York City itself — and Bratton’s boys and girls trained in the art of counterterrorism will be on hand to break up the next one. To dissent is to strike terror into the NYPD — itself a pleasant thought. But once the SRG hits the streets, it probably won’t end well for those would-be terrorists and their evil protests.

Treating large scale protests as events of civil disorder and equating the exercise of free speech in general with the threat of terrorism makes clear that thing are only going to get worse from here.

From Ferguson and other cities across the nation, to protests at the G20 and G8 summits, riot police dealing with mostly peaceful crowds in a heavy-handed way has become the norm, but this escalation gives the impression that there is still room to go downhill and treat public gatherings as criminal behavior.

And already rights have been under threat of total extinction. Yikes.