NASA Expert: Alien Life May Have Already Visited The Earth 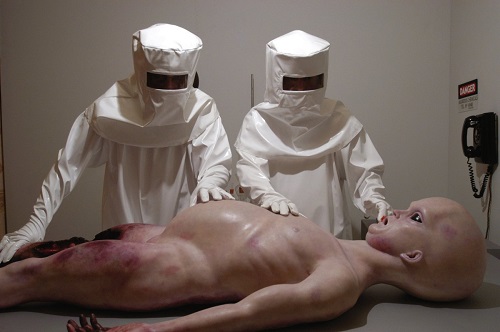 A NASA scientist has said that aliens may have already visited the Earth.  Silvano P. Colombano also claims that these alien lifeforms may have gone unnoticed by humans due to their extremely small size.

Colombano says that the extra-terrestrial beings would have looked quite a bit different than the carbon-based organisms currently roaming our planet, according to The Daily Mail. He also states that any visitors; past, present, or future, could easily be missed because of their tiny size. These super-intelligent interstellar traveling aliens could possess technology that humans cannot even comprehend at this point.

“Considering further that technological development in our civilization started only about 10,000 years ago and has seen the rise of scientific methodologies only in the past 500 years, we can surmise that we might have a real problem in predicting technological evolution even for the next thousand years, let alone 6 Million times that amount!”

The Daily Mail further reported that Dr. Colombano told California’s SETI (search for extraterrestrial intelligence) backed Decoding Alien Intelligence Workshop back in March that scientists need to broaden their idea of what an extra-terrestrial would potentially look like. “I simply want to point out the fact that the intelligence we might find and that might choose to find us (if it hasn’t already) might not be at all be produced by carbon-based organisms like us,” his report read. He added that scientists must “re-visit even our most cherished assumptions,” which has implications for everything from an alien’s lifespan to its height. “The size of the ‘explorer’ might be that of an extremely tiny super-intelligent entity,” he added.

Colombano says that humans limited ideas of what another planet with life would like could be restricting our ability to locate intelligent life outside of earth. For example, a silicone-based lifeform would likely not look anything like the pictures of the carbon-based entities in our heads of a “typical” alien being.  He also explained that not every single UFO can be “explained” but not every UFO can be “denied” either.