NASA Astronauts Respond To Plan To ‘Prove Earth Is Flat’ 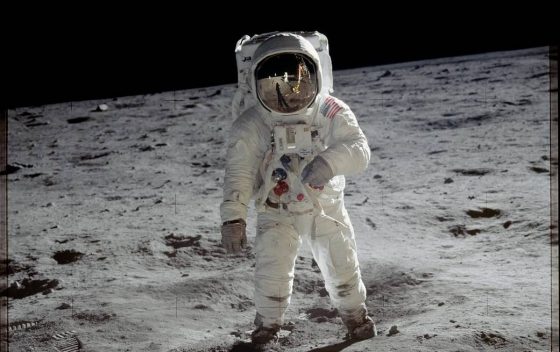 If you’ve spent any time on the internet in the past few years, you would know that there is a growing movement of human beings who firmly believe that the Earth is flat. One of those humans, rapper B.o.B, made headlines last week when he created a GoFundMe page to finance his project which he believes will prove the Earth is flat, but astronauts have already responded.

When the astronauts caught wind of rapper B.o.B’s plan they responded to his asinine idea brilliantly. B.o.B’s idea was to “send a satellite as far into space as possible” to take a photo of the Earth, which he believes will look like a map.

Since B.o.B is obviously not a scientist and has a very limited understanding of mathematics, astronauts took some time out of their day to try to save the young man some money.

I can save BoB a lot of money- The Earth is round. I flew around it. https://t.co/F7qAovPEng @bobatl @BBCWorld

Buzz Aldrin, one of the first two men to land on the moon, and the second man to actually walk on the moon during the Apollo 11 mission, then jumped in to derail the hopes of flat-earthers everywhere.

I did too. It's called an orbit: the curved path of a celestial object around a star, planet, or moon. https://t.co/h8GQJadfxD

NASA astronaut Scott Kelly also had advice for B.o.B, as well as video evidence that the Earth is round. If he takes the 35 seconds required to watch it, he’ll see just how round the world is, and save his GoFundMe donors the $200,000 he’s asking for.

But B.o.B wasn’t deterred with actual evidence and the eyewitness accounts of men who have actually been in Earth’s orbit.

– „Ahhh, that must be where you keep the gold then!“

No amount of evidence will convince those who have already made up their mind what they “feel” is true. No amount of factual data and mathematical analysis will be enough evidence to get people to drop deeply held but wrong beliefs, making the flat-earther, akin to religious cultists.