MY CONDOLENCES: Gold is Dead – PAYBACK’S A B**CH!

If last Friday marked the END OF GOLD’S RALLY, it would be the MOST MODERATE bull market for the metal in its history; therefore I don’t believe that was the closing bell. Unemployment numbers DO HAVE a strong correlation with the price of gold, but it’s NOT the ONLY determining one. In other words, surprisingly good results do send gold down, but only in the SHORT-TERM.

After all, gold has been moving higher since December 2015 while unemployment has gone down, so there is plenty of DEMAND for it, even with RECORD-LOW unemployment in the Trump era.

Secondly, jewelry sales account for more than half of demand, with PRIVATE INVESTORS accounting for another 25% and central banks another 5%.

Nonetheless, the sentiment was JUST TOO STRONG in recent weeks, and this FRIDAY’S DUMPING was healthy for us since it clears out speculators and invites real holders. Check it out: 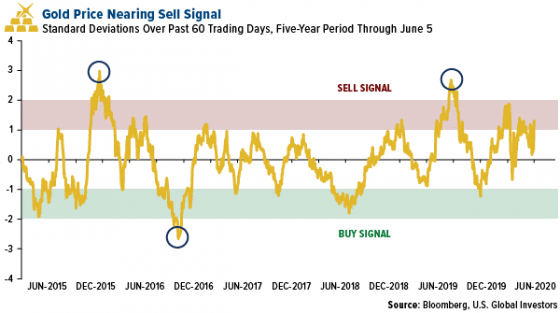 Notice that this chart begins where gold’s BULL MARKET started (December 2015) and that it’s been a BUMPY RIDE, going from euphoric to distressed, but the UPTREND is still intact.

Another important consideration is that gold has been ROCK-SOLID during a great time for the dollar, which is now ending.

Gold has just been the BEST ASSET to own if one’s SOLE GOAL is to hedge savings power. Nothing comes close. In fact, since 1970, gold is up an average of 10.1%/annum, which is ASTOUNDING considering that during this time, it suffered from a 20-year bear market. 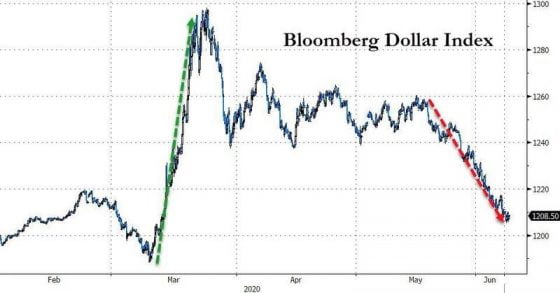 COVID-19 brought with it the sort of panic that VERY FEW things ever do. The rush to dollars (as you can see above) and to gold was EXTENSIVE, so now that we are all seeing that life on Earth WILL GO ON, unlike some of the CRAZY HEADLINES we all saw in March, many are offloading their dollar and gold positions since they were hedging.

To me, COVID-19’s recovery, which is UNDERWAY, is not only ALL THE MORE REASON to own gold, but the case for silver has STRENGTHENED AS WELL.

As long as interest rates remain as they are — LOW, ZERO, OR NEGATIVE — there will always be a need for precious metals.

What could actually accelerate this rally for the metals is REFLATION, the same as we saw between 2009 and 2011.

Check this one out: 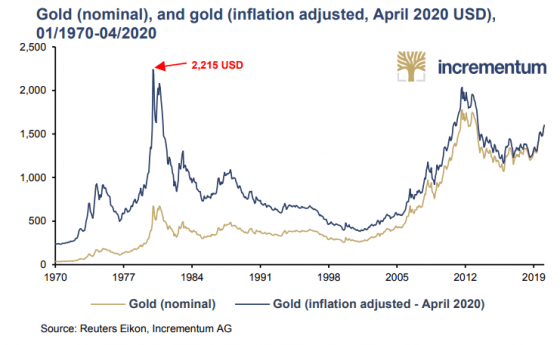 Lastly, I want to touch on the subject of the late George Floyd, police brutality, and PROPOSED SOLUTIONS.

For one, I want you to set a timer for the next 8 minutes and 46 seconds to understand just HOW LONG the officer’s knee was applying UNJUST PRESSURE on Mr. Floyd’s neck. This was criminal. Secondly, the First Amendment is there for a reason; it’s to MAKE SURE citizens can voice their concern with government behavior (among other things) and demand improvements. Looting, burglaries, and violence ARE also criminal, on the other hand.

Thirdly, what George Floyd’s TRAGIC MURDER proves is that your camera, combined with social media, MAKES FOR A POWERFUL WEAPON. Use it. Fourth, know your rights. Study up on this subject so that police can’t incite PARANOIA and FEAR in you without any logical reason.

Fifth, and this is a big one for me, know that your BEST WEAPON is your bank account. Money isn’t an ALL-INCLUSIVE solution for everything, but when you don’t rely on government assistance at all, THEY DON’T OWN YOU!

You vote with power, knowing that if none of the candidates are what you’re looking for, then neither of the two major parties will get your vote, which is healthy since it will birth a new, modernized party that UNDERSTANDS the public better.

Money is the ONLY WAY to protest in the true sense of the word because it frees the individual from the SHACKLES OF DEPENDENCY on corruption.

Know the law. Exercise your rights. Record injustices and share them. GET RICH!