MSM Propaganda: Prepare for ANOTHER Lockdown 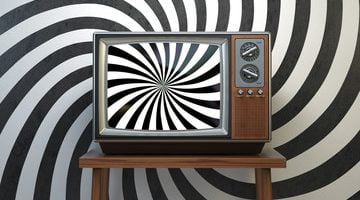 Articles by mainstream media are popping up in force lately and they all demand one thing to “crush” the coronavirus until there’s a vaccine ready. They want a second lockdown, and if we’ve learned anything from the mainstream media’s propaganda, it’s that this is a warning of things to come.

To save lives, and save the economy, we need another lockdown”, writes The New York Times. Not one of these people can explain how another lockdown, complete impoverishment, and total elimination of small businesses permanently along with the middle class will “save the economy.” Of course,e if you’ve been paying attention, you know this about crushing the dollar so the maters who rule over the world by money creation can own and control everyone and everything. This is by design. The economy must be crushed or no one will accept a digital dollar.

They very well could try another, even more restrictive lockdown in the near future. If it’s successful and people comply, expect to be a slave within a year. We know for a fact that the central bank is already demanding another lockdown.

Central Bankers: We Own You! Prepare For 13 Months of Shutdowns

But there could be an even bigger threat looming, reported CNET.  “The real risk is that we’re going to have two circulating respiratory pathogens at the same time,” Dr. Robert Redfield, director of the Centers for Disease Control and Prevention, warned when he spoke to Time Magazine regarding the upcoming flu season.

Other places have already had their authoritarians lockdown again.

The European Union Health Agency is calling for another lockdown for most of Europe, while people continue to bow to their rulers and comply with any level of restrictions on being a human as possible. The BBC stated that on Monday, with new cases rising sharply, authorities announced a second lockdown in parts of the Catalonia and Galicia regions. They join areas of Europe, Asia, and Australia where Covid-19 outbreaks are bringing out power-hungry criminals in government that is forcing locals to stay indoors once again as their governments mandate the closure of bars, restaurants, and shops.