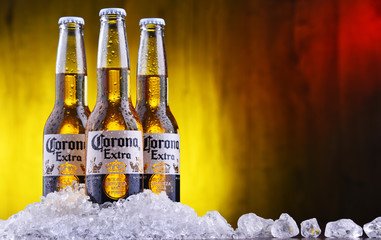 So, the virus spreads on liquor bottles now? South Africa has banned the sale of all alcohol and closed all bars Monday. President Cyril Ramaphosa says this move will help stop the spread of the coronavirus.  The rules and restrictions continue to get more ridiculous, as that isn’t the only command tyranny Ramaphosa insists his slaves follow.

Ramaphosa also announced the closure of all beaches and public swimming pools in the country’s infection hotspots, which include Cape Town, Johannesburg, Durban, and several coastal areas. Because being outside, getting some vitamin D, and enjoying nature aren’t allowed in the New World Order.

In addition, South Africa is extending its nighttime curfew by four hours, requiring all residents must be at home from 9 p.m. until 6 a.m., the president said, according to a report by Market Watch.  Apparently, that’s when the virus comes out to haunt people.

The worst part of all of this nonsense is that a good number of human beings on this planet cannot see through this scam and fraud. If you think you are free, think again. Consider how much of your laboring efforts are stolen by the people barking orders you’re expected to follow.  That’s slavery, folks. Wake up, and stand up. Time’s up.

Dumbing Down America: People Think The Coronavirus Has To Do With Beer

Are you ready for master Ramaphosa’s reasoning for banning alcohol sales? “Reckless behavior due to alcohol intoxication has contributed to increased transmission. Alcohol-related accidents and violence are putting pressure on our hospital emergency units,” Ramaphosa said in a nationwide address. So, the problem is alcohol, not the virus? Or is it the virus? Or is it just that Ramaphosa is a New World Order stooge following the commands of his masters? We’ll let you decide.

“As we had to in the early days of the lockdown, we now have to flatten the curve to protect the capacity of our healthcare system to enable it to respond effectively to this new wave of infections,” he said.

The longer the public at large bows to the ruling class of the planet, the worse off humanity will be. They will push until we are all prisoners not only physically, but mentally too.