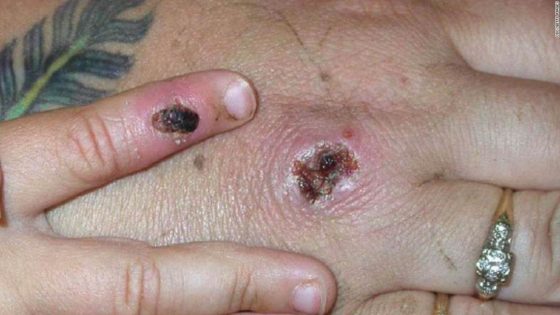 The entire state of California is now under a “state of emergency” following Gavin Newsome’s order. The reason the declaration was made is clear: to bolster California’s monkeypox vaccination efforts as the virus spreads nationwide.

Previously, the city of San Francisco declared a state of emergency for the same reason. Even though the numbers of infected people are minimal, the ruling class insists on getting another vaccine into as many people as they can.

The declaration comes as more than 5,800 probable or confirmed cases of monkeypox have been reported in the United States, including nearly 800 in California. Currently, there are 39.35 million people living in the state of California.  We are, once again, seeing a massive overreaction by the ruling class and an instance on continued fear-mongering so more people willingly take more shots for something they probably won’t get unless they are male and have sex with other men.

Much to CNN‘s chagrin, the World Health Organization has declared the monkeypox outbreak a public health emergency of international concern, but the Biden administration has not issued a nationwide public health emergency declaration. California is now the third state, following New York and Illinois, and the largest U.S. state to issue a statewide declaration related to the disease.

The declaration allows emergency medical services personnel throughout California to administer FDA-approved monkeypox vaccines, expanding the pool of people able to inoculate residents against the virus even as a vaccine shortage persists. –CNN

But there’s not a vaccine shortage for monkeypox, no matter how the mainstream media tries to spin it. Only 800 have even been infected (in close contact with lesions and bodily fluids of those who already are infected) in the entire state. California has received more than 61,000 vaccine doses so far and distributed more than 25,000, according to the governor’s news release. Los Angeles County has received its own vaccine allocation and state officials said California will make additional allocations in the coming weeks.

Basic math says there are no vaccine shortages, but a fear-mongering attempt to panic the masses into getting even more shots.

“We’ll continue to work with the federal government to secure more vaccines, raise awareness about reducing risk, and stand with the LGBTQ community-fighting stigmatization,” the California governor said.

In mid-July, California’s health department requested 600,000 to 800,000 additional monkeypox vaccine doses to help expand eligibility to both confirmed and probable exposures, as well as to high-risk individuals.

Once again, this is all coming back to the shots. Keep watching, however.  This could boil over at any time. To most of us, it’s obvious by now that this is anything but a health emergency. Yet once enough figure it out, don’t expect the rulers to hang up the narrative. They’ll likely make it worse and expand it to continue to try to convince people they need more injections.