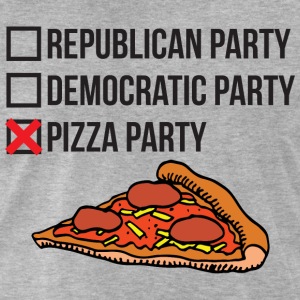 Editor’s Comment: Was Milo told to hush up on this sensitive topic, or merely told to wait until more information is leaked? This controversy has blown over, after a man allegedly fired a shot inside Comet Ping Pong, and this pedophile conspiracy suddenly became the most taboo topic on the planet. Accounts and websites are being shut down, and under-circulated due to their willingness to discuss this subject matter.

Will free speech be silent? And what else does Milo and Breitbart know about the skeletons in the Dems closet? Some people now believe this information is what got Andrew Breitbart killed… but that remains to be seen.

During the introduction to his lecture at Miami University on Monday, Breitbart News journalist and technology editor Milo Yiannopoulos informed the crowd that he was unable to address the highly controversial topic of “Pizzagate” because he had received phone calls from Washington D.C. that told him “not yet.”

“We are going to talk this evening about a few things that are close to my heart,” Milo told his audience. “Although, I have one announcement to make which is that sadly when I announced I was going to be speaking about Pizzagate this evening, I got a number of phone calls with Washington D.C. area codes saying ‘not yet.’”

For those unfamiliar, Pizzagate is a wildly-popular conspiracy theory that centers around leaked emails from former Hillary Clinton campaign chairman John Podesta that some believe contain pedophilic lingo.

“Pizzagate subreddit was started by a group of Trump-supporting internet sleuths who were attempting to use WikiLeaks’ leaked Podesta emails to connect the Clintons and John Podesta to the convicted sex offender, Jeffrey Epstein,” Zero Hedge wrote of Pizzagate. “That said, when the Podesta emails failed to reveal a “smoking gun” linkage, the sleuths instead turned their focus to mulitple “pizza” references in Podesta’s emails which then led to the speculation that those “pizza” references must be code for something far more sinister.”

The Washington Post says the “Pizzagate” sleuths are convinced that the “secret headquarters of a child sex-trafficking ring run by Hillary Clinton and members of her inner circle” is located in the basement of a Washington D.C. pizza shop called Comet Ping Pong Pizzeria.

Yiannopoulos put out a flyer for his Miami speech on Monday afternoon which advertised that he would be addressing the conspiracy theory.

“I can tell you with no ego, this will be my finest show,” Milo wrote on his Facebook page.

It is currently unknown who called Milo and told him not to discuss the Pizzagate controversy but it might have something to do with the incident that occurred on Sunday when a man walked into Comet Ping Pong with a gun.

The man told police he had come to the restaurant to “self-investigate” the “Pizzagate” conspiracy.

Reports claim that Comet Ping Pong’s owner, James Alefantis, and his employees have been victims of continuous harassment from those exploring the theory that connects the pizza shop to child sex-trafficking.

Surrounding businesses have also said that they have been targeted by believers in the conspiracy theory.

While many of the sleuths say that their research as led them to believe that “Pizzagate” is real and not just some wild theory, there are some people who believe it has gone too far and now has become dangerous.