Military Secretive About GPS Blackout Over California: “Testing Something That Disrupts GPS Over a Huge Area” 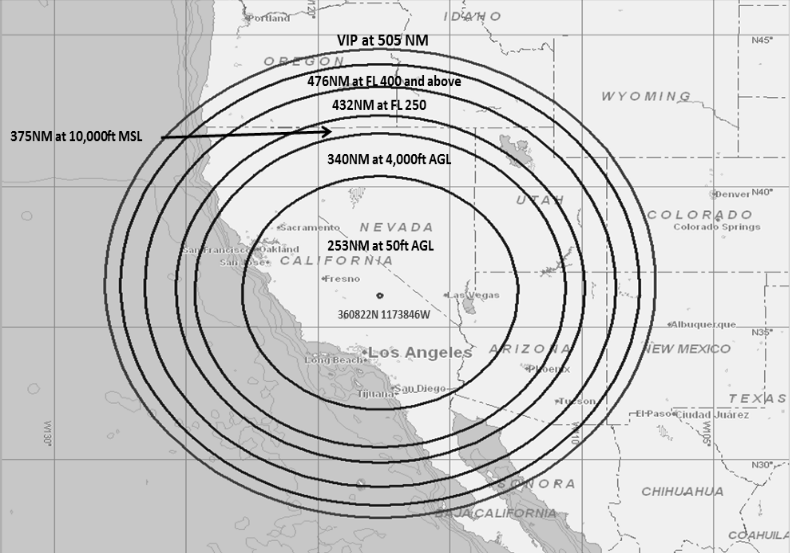 The U.S. military is planning a series of tests near the West Coast that will result in GPS outages all across the area.

The FAA put out a notice warning about disruptions that may affect aircraft in general, and particularly those reliant upon GPS that testing based at the Navy’s China Lake Naval Weapons Center, some 150 miles north of Los Angeles during  June 9, 21,23, 28 and 30.

A Notam (PDF) is warning operators of “all aircraft relying on GPS” of widespread GPS outages starting Tuesday throughout the Southwest and especially southern California. Although the FAA doesn’t go into detail, it seems the military is testing something that can disrupt GPS over a huge area, centered on China Lake, California, home of the Navy’s China Lake Naval Weapons Center. On Tuesday, June 7, the FAA is warning that GPS signals down to 50 feet AGL could be “unreliable or unavailable” between 9:30 a.m. and 3:30 p.m. local time over a radius of 253 nautical miles, which includes the L.A. Basin, Bay area and Las Vegas.  There will be further outages of similar potential duration June 9, 21,23, 28 and 30.

The circles expand with altitude and at 40,000 feet the interference will affect a circular area of the Southwest 950 nautical miles across, reaching central Oregon, Colorado and New Mexico. The tests will potentially knock out all GPS-reliant services including WAAS, GBAS and, notably, ADS-B.

What kind of electromagnetic interference is the military messing with that will result in GPS outages all across the Western portion of the U.S.?

The Navy and its other military counterparts aren’t specifying and have so far refused to release further information about the scope of the tests or the type of technology being used.

According to Tech Times:

The mysterious part of the news, however, is that there is no indication on what kind of device will the military be testing that would lead to such GPS outages in the southwestern United States.

The tests, which were announced by the FAA and not by the military, are centered near the largest installation of the United States Navy in the Mojave Desert, specifically on the 1.1-million-acre Naval Air Weapons Center in China Lake, California.

With the FAA and the Navy both keeping their mouths shut on the experiments that will be carried out… the military will be testing more potent systems that are able to disrupt the GPS of unmanned and manned aircraft.

Whatever it is, there is a spooky sense about the secrecy and the vulnerability of so many gadgets that are reliant on technology which militaries can so easily disrupt over such a widespread area.

GPS location services in car systems, cell phones and other electronic devices all operate on the same basis, and are essentially hackable.

It is interesting that the the outages could particularly affect certain private business jets:

Radar jamming and other disruptions using radio frequency have been in use for decades now, but are becoming more sophisticated and targeted. These signals have also been weaponized for use in disrupting crowd behavior and could also affect the weather or shut down electronics activities for entire geographic areas.

There have been plenty of strange events in recent times that have raised questions about how far the U.S. and Russia have gone back down the road of Cold War.

Are these weapons and devices being used covertly against adversaries and conflict zones?

Could they account for disruptions and other events here in the states?

Don’t let any electronic device put your life in jeopardy if it stops working or can’t get a signal. Know what you’re doing and where you are going, and be prepared to continuity in the event that none of those things operate.