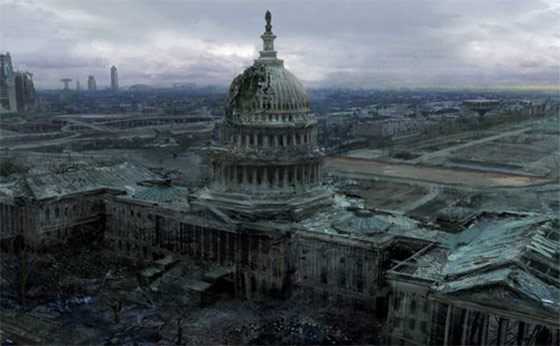 The question is subtly Malthusian in nature: how to deal with the world’s teeming billions in one fell swoop while maintaining the existing social and political orders in all of the countries?  That order needs only to have one facade now: as Draconian an order that can be accomplished without throwing the world into a revolution against every government in existence.  The Draconian nature is as follows: CCTV cameras monitoring and cross-referencing every purchase, every bank withdrawal or deposit, every movement, and every social engagement.  The Draconian nature is one of continuous monitoring, with a rise in prices and a steadily-declining world economy, as natural resources are quietly siphoned off by the politicos and the oligarchs to stockpile for their use when the plug is pulled.

As much Draconian repression and control under a “soft” police state with continuous monitoring…while those in power lay the groundwork to collapse the system and kill off most of the world’s population…while they remain safe, and in power.

The question of the existing social and political order being maintained is being addressed in all of the countries of the world.  In the 1990’s the oligarchs rose to power after the Soviet Union’s collapse: since Putin came to power, the oligarchs who delved in politics against the wishes of the Politburo were crushed.  Those who knuckled under were given a slice of the pie with impunity and the “sign off” of the politicos, and are “big” today, even with partial or complete nationalization of their private industries.

In the United States, we have seen a great deal of stockpiling by the government agencies and the administration under Obama.  Secret warehouses in undisclosed locations have been filled with medical supplies stockpiled across the country in the event of a catastrophe.  Cheyenne Mountain as a fallback command and control center has been reopened once again.  Extensive networks of tunnels and bunkers have been constructed in, around, and leading to Denver, Colorado with secret deliveries night and day for more than eight years.

Billions of rounds of ammunition have been ordered and purchased by the DHS and all of the other alphabet agencies, including the U.S. Postal Service (which does have a role to play in COG and post-war “reconstruction”).  Emergency drills, to include catastrophic plague and nuclear war/terrorism have been gamed extensively over the past several years.  All of these things…the stockpiling of food and supplies, and the preparations for some massive event point to one thing: an event is (eventually) going to happen.

We have the “flash points” around the world, in North Korea, in Syria, in Ukraine, and with the second Cold War that is forming between the U.S. and Russia.  Those flash points are artificially created.  We have some that are artificially created that can be blamed upon nature, such as the Ebola Virus and the looming disaster of Fukushima.  War is the easiest way to bring it all about, plain and simple.  Vladimir Putin just recently announced that a nuclear war between Russia and the United States would leave the world destroyed with no winners.

Not so: The governments and their elites of politics and business win in the end.

The governments of the world have to keep their citizenry under control until they execute the plan that eliminates the majority of the populations.  War is truly the only way to do it in one fell swoop that leaves no one accountable at the end.  We’re going to see a “reset” and the most likely thing to accomplish this is war.  Historically it is the vehicle for which governments beleaguered by their citizens have been able to bypass controls in the open to subvert democratic processes and inculcate martial law and eventually totalitarian control.  We’re halfway through the year, and the situation in the world and domestically has not improved: it has worsened.

Many people have documented and filmed FEMA camps and preparations for martial law, the DUMB (Deep Underground Military Bases) projects and tunnel works filmed and reported on by Jesse Ventura and halted by the government, and the systematic grafting of procedures to be followed after an apocalyptic war or event.  Such procedures include garnering of all human and natural resources under executive order (President Trump didn’t repeal that one yet, now, did he?), the pervasive surveillance system, and the negation of Posse Comitatus and the control of the United States domestically in the event of a war or collapse of the government.

All that is lacking is the crisis.  No government truly allows a crisis to go to waste, and all of the crises are contrived or crafted beforehand to allow them to occur. War has always accomplished the resets of all countries and empires in ages past, and this era will be no different, no matter who is at the helm of the ship: especially when the course is purposefully charted right for the rocks.

Related: Prepare For Any Disaster With This Step-By-Step Guide