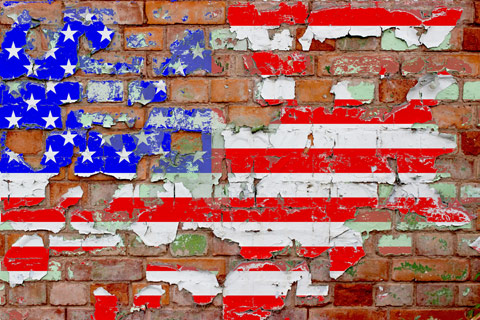 There is an unfortunate correlation between crises and catastrophes and mass psychology. For those with a decent long-term memory, you may have noticed that the frequency of attacks and tragedies taking place today around the world is far above and beyond what occurred 10 years ago. So much so that many in the public have moved beyond the point of outrage and have now embraced complacency.

The mass shooting issue, for example, once inspired fevered debate over gun rights. Not so much anymore. While I am happy that the relentless attempts by leftists to exploit every shooting as a tool for their gun grabbing agenda have taken a backseat, I see a trend in another direction which is equally dangerous. That trend is a move towards acceptance that “these things happen,” instead of a healthy discussion on real solutions (and no, more gun control is not one of them).

A decade ago the Vegas shooting would have inspired media and social discussion for at least a year. Now, the story disappears in two weeks and is replaced with 10 others. I will be surprised if the latest church shooting in Texas in which 26 people were killed stays on the news feeds for more than a few days.

Where does this complacency come from?

It is a complex problem, but one that I think relates to the state of decline within any particular society. In Carl Jung’s The Undiscovered Self, Jung mentions a consistent element of latent sociopathy and psychopathy within most cultures. Perhaps 10% of people within a society are latent sociopaths and psychopaths, and around 1% or less represent full blown sociopaths/psychopaths. Most of the latent people will never become truly dangerous if they are living within a culture that is healthy and morally balanced. In fact, those with inherent sociopathic traits can become very high functioning human beings who are adept at careers that many other people avoid (surgeons and career soldiers are two examples).

However, in the event that there is cultural rot and a degradation of principles, environmental influences come into play and latent sociopaths/psychopaths have the potential to mutate into something far more dangerous. Jung examines this dynamic as an explanation for the sudden and accelerated decline of Germany in the 1920s and 1930s into totalitarianism and moral relativism. When the mentally disturbed 1% turns into 10% or more, entire nations can be dragged along into the abyss.

As a litmus test I find it valuable to look at popular culture when trying to determine if a society is on the brink of collapse into a singularity of moral relativism, because popular culture often reflects these elements more honestly than the supposed “experts” will. When examining Germany before its fall, I recommend studying the films of Fritz Lang; particularly his movie ‘M’ released in 1931, which depicts a serial killer with a penchant for children being put on trial by a group of underworld criminals, not because they abhor what he does on moral grounds, but because his activities are drawing too much unwanted attention from authorities on their own criminal enterprises. If the dark world of ‘M’ doesn’t perfectly showcase the decline of Germany, I don’t know what does.

Today, we are constantly surrounded by popular culture which leans towards the morally relative; stories in which the heroes must become monsters in order to defeat other supposedly worse monsters. At another level, our popular culture tells us that it is only the fantastical, the super powered and the government contracted heroes that have the ability to affect change and disrupt disaster. Underlying all of this seems to be a narrative of defeat; the notion that there is nothing the average person can do. And, of course, we are also bombarded with stories in which gluttony and decadence are applauded while anyone that takes a more responsible path is portrayed as unhappy or joyless in the long run.

Translate this to the developing trend of mass shootings around the world and the public reaction to them. On one end of the spectrum, in the past it was the sociopathic left that saw mass death as an opportunity to enforce political control over gun rights advocates, with the goal of eventually achieving total disarmament. These people do not care about the dead, let alone logic, they only care about furthering their agenda. They see government power as the answer to every problem.

If you were to hold up examples like the Paris or Mumbai attacks to gun grabbers and point out that disarmament only makes mass shootings EASIER for criminals and terrorists, they would not listen. Obviously, if any of the citizens including the off-duty police officers had been armed in Paris, the attack might have been stopped much sooner.

Now, as I said earlier, there are sociopathic members of the political left that seek to take advantage of these scenarios, but these people have fallen by the wayside recently. On the political right, sadly, I have seen another brand of sociopathy rising, with some arguing that all the people within the San Antonio church that were unarmed “deserved to die.” This is just as dangerous a mentality as the exploitations of the left. If the liberty movement itself sets aside empathy and resorts to sensationalist or morally relative methods to drive forward a political agenda, then we are only hastening the fall of our culture, not protecting it. And, we become no better that the leftist disarmament thugs we abhor.

In between these two extremes sits a coagulated mass of people who simply don’t care much as long as a particular disaster doesn’t involve them. These are the folks who are uninterested in solutions and don’t really want to hear anything about it. It is these people who tend to become wreckage floating on the tides of history; their lack of concern eventually comes back to haunt them in the future.

So, if these are the wrong ways to approach the mass shooting problem, then what are the right ways?

I think it is vital that Americans in particular maintain our care and concern for the victims of these events. The solution to mass shootings is clearly a responsibly armed populace. According to all the stats on active shooters, defense by citizens is the only factor that seems to make much difference. But to convince more and more people of this requires a level of conscience and empathy that inspires confidence, and perhaps brotherhood. When people know that you give a damn and aren’t simply pursuing an agenda like the political left does, it is more likely that they will listen to what you have to say.

As I noted in my article How To Stop All Future Mass Shootings, the Vegas attack was organized by someone who was smart enough to avoid a point-blank engagement in a city and state in which concealed-carry firearms are more common. Point-blank attacks are by far the most common because they are generally attempted by people who have minimal training or because the attackers are relatively certain that their victims will be disarmed in the area they have chosen (gun free zones).

The Vegas attacker (or attackers) chose to use sniper-like tactics to prolong the massacre. However, what this shows is that an armed citizenry is a factor or barrier in how an attack is planned. With properly trained and armed security overwatching major events along with an armed population, there may never be another mass shooting again.

This is what Americans should be talking about, yet, there is no practical discussion on solving the problem. Is this a symptom of impending collapse within our society? Possibly. If there was ever an honorable task for the liberty movement today, it is to inspire solutions and to maintain moral balance. These shootings and other crisis events should not be forgotten within a week. They should at the very least be a learning process, a means by which we evolve our way of life and become more self reliant and by extension more safe.

If you are not a conceal- or open-carry proponent, then you should be. If you understand that the majority of shooting events that are stopped are stopped by average citizens that are armed, then it should only follow that you should become one of those armed citizens. In the meantime, it is not for us who are consistently armed to admonish disarmed victims as if they “deserve what they got.” Their failure is our failure as well. For if we are not working diligently to convince others of the importance of citizen self defense, then we have contributed to the conditions that led to these massacres taking place.

There are methods of stemming the tide of social collapse. There are in fact solutions. They begin with each individual acting in small ways and big ways everyday. Complacency and zealotry are the enemy, as well as those that would encourage such mentalities.