Prepare For Total Economic Disaster: “We Are Going Down And Going Down Hard” 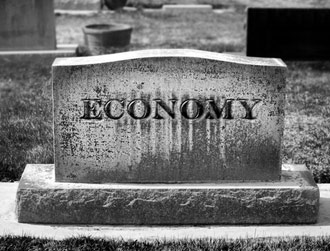 Editor’s Note: There’s no more hiding it. The global economy is at a standstill – almost literally. The Baltic Dry Index, which tracks the price of moving raw materials across the ocean has completely collapsed to all-time lows. Last week it was reported in China that not a single container ship was transporting materials across the sea. Walmart, the nation’s largest retailer, announced that they are laying off thousands of people and closing hundreds of stores across the country. Consumer spending through the holiday season was abysmal and some of the countries leading companies are confirming these results in their latest quarterly reports. Stock markets around the world are crashing. Governments and central banks are in panic mode. While they will no doubt attempt to save the system as they did in 2008, it may already be too late for our immediate future. As James Quinn of The Burning Platform notes in his latest article, “we’re going down.” The recession is here. 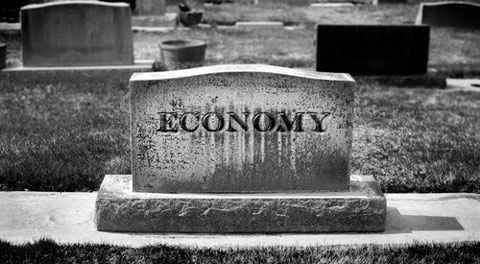 Consumer Drowning Sorrows At The Bar
By James Quinn
The Burning Platform via SteveQuayle.com

Month after month I watch as the MSM mouthpieces try to spin declining consumer spending in a positive light. They are practically out of excuses. They are befuddled, because month after month they report “awesome” job gains and can’t understand why all these gainfully employed Americans aren’t buying shit they don’t need like they used to. These faux journalists, spouting propaganda for their ruling class bosses, are willfully ignorant of the fact the job gains are in low paying part-time jobs and the fact that Obamacare and record high rents are sapping any discretionary income households would use to buy stuff.

Despite the propaganda from the media and happy talk from the Liar-in-Chief, the country is currently in a recession and the Fed has no ammo to fake another recovery. We are going down and going down hard. When 70% of your economy is based on Americans buying shit they don’t need from China on credit cards, a dramatic slowdown in consumer spending equals recession. When sales actually fall from November to December during the holiday season, you are in recession. We’ve arrived.

The December report was a disaster and portends horrible retailer results coming down the road. More ghost malls coming to your neighborhood. The annual results were pitiful, with the more recent months even more dreadful. So after adding 10 million jobs, according to Obama, spending declines? They must be great jobs.

I think the results are even worse than portrayed in the results presented by the Census Bureau. Retail sales grew by only 2.2% in 2015 versus 2014. That is significantly less than the real inflation being experienced by real people, so on an inflation adjusted basis they fell. Even the 2.2% increase is artificially pumped up by the Fed induced auto debt fueled boom in car sales (or long-term rentals in reality). The 7 year 0% auto loans, subprime auto loans to deadbeats, and record levels of auto leases have created fake demand that will end in tears when the defaults skyrocket. If you remove these fake sales, then total retail sales are up a pitiful 0.9% over 2014.

When you realize that two of the few strong sales categories were autos (7.5%) and furniture stores (5.8%), you can put your thinking cap on and realize the 7 year 0% financing scam is solely responsible for these sales. Reducing credit score criteria and extending loan terms always works. Right? The other relatively strong area was internet sales (6.3%). Amazon and the rest of the on-line retail segment continues to destroy the bricks and mortar retailers, but even these sales are slowing. They were up a weak 0.3% from November. Before the states started taxing internet sales and it was still a newer concept, the annual growth rates were 15% to 20%, so the 6.3% growth rate is rather unimpressive.

And this leads me to the strongest spending segment – restaurants/bars. Sales were up 8.1% over 2014 and continued strong in December. I know this is true firsthand as my wife is a waitress at a restaurant/sports bar and business was booming in December and continues to be good in January. My thesis for this strong spending is that people are so miserable about the economy in general and the direction of the country (reflected in Trump’s support), they have decided to drink and eat, for tomorrow we die. Dining out or getting loaded at a bar takes your mind off your troubles for a few hours. It’s not a huge expenditure and you just put it on your credit card and worry about it later.

When the mass layoffs start hitting in 2016, even this category of spending will contract. If you think the 2015 consumer spending numbers were atrocious, you haven’t seen anything yet. 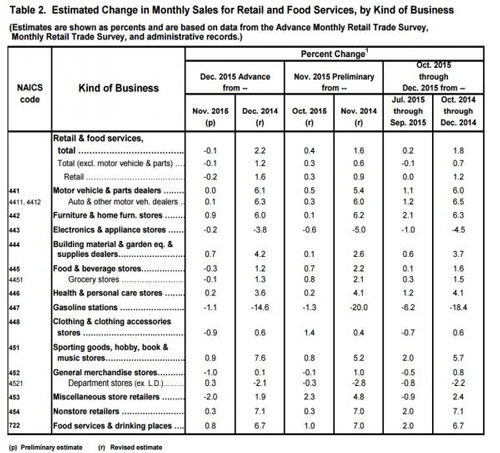 The Worst Ever Stock Market Start Is Just the Beginning: “Unprecedented Chaos Is Coming”