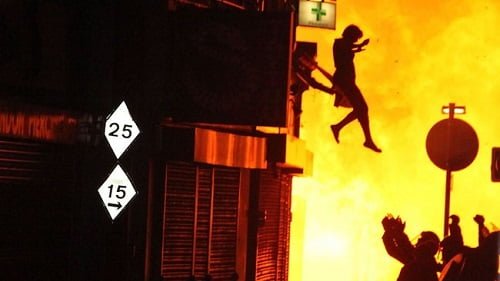 Editor’s Comment: The era of market instability in fall of 2015 was predicted by many experts, including the prolific author Michael Snyder, but showed up even earlier than the much discussed month of September. The dramatic plunges in late August were quickly met by strong surges on the stock market – but this was not the sign of quick recovery, but the giveaway of a vulnerable and wounded animal.

The stock market in particular is subject to arbitrary manipulation, and is much more of an illusion than a real index. Recall that media attention on the back to back days of panic and plunge quickly turned to the shooter who killed a reporter and cameraman, as well as tensions with Russia and China and other big media stories that, planned or not, managed to turn the eyes of American viewers away from market instability and avoid further panic. Why? Because in the end, the stock market is built not on real economic numbers, but on the confidence of the dupes who pour money into it. While the banksters are looting the country and holding its economy over the edge, American savers and investors are being conned… Hold on, it could be a rough ride ahead. Things are anything but settled or normal.

There is so much confusion out there.  On the days when the Dow goes down by several hundred points, lots of people pat me on the back and tell me that I “nailed” my call for the second half of this year.  But on the days when the Dow goes up by several hundred points, I get lots of people contacting me and telling me that they are confused because they thought the stock market was supposed to go down.  Well, the truth is that if there is going to be a full-blown market meltdown, we would expect for there to be wildly dramatic swings in the market both up and down.  A perfect example of this is what we experienced during the financial crisis of 2008.  9 of the 20 largest single day declines in stock market history happened that year, but 9 of the 20 largest single day increases in stock market history also happened that year.  If we are moving into another great financial crisis, there should be massive ups and massive downs, and that is precisely what we are witnessing right now.

On Tuesday, the Dow surged several hundred points.  There was much celebrating in the mainstream media over this, but what they failed to realize was that this was another big red flag.  And we saw this volatility carry over into Wednesday.  The Dow was up 171 points early in the day before ending down 239 points.

By themselves, those two days don’t mean a whole lot.  The key is to look at them in context.  And in context, we have already witnessed the most dramatic stock market crash since the last financial crisis.

There is one thing that could change that.  A major “black swan event” such as a historic natural disaster, an unprecedented terror attack, or the outbreak of war could potentially be enough to chase all of the buyers out of the marketplace.  And considering the times that we are moving into, those things should not be ruled out.

But minus some type of event like that, we should expect lots of wild swings in both directions.

If you want the bull market to return, you should be rooting for lots of really, really boring days on Wall Street.

Days that are “exciting” are really bad for Wall Street.  Investors like a world that is predictable, and when conditions start changing rapidly they get very, very nervous.

In the months ahead, trillions of dollars are going to be lost in stock markets all over the planet.  Feel bad for the retirees and the hard working families that are going to get wiped out by this, but don’t feel bad for the banksters.  They have been laughing it up while most of the country has been suffering during our ongoing economic decline.  If you don’t believe me, just check out this YouTube clip.

A lot of people are going to be paralyzed during this time, because they won’t know what to do.  They didn’t heed the warnings up until now, and they thought that they would be able to safely get out of the market when things started getting crazy.  The big ups and big downs in the markets will confuse them, and the mainstream media will be telling them that everything is just fine.

If you have been waiting for the market to send you “warning signals”, then you can stop waiting because it is happening right in front of your eyes.

Now is not a time for fear.  Personally, I seek to live my live in a constant state of peace without any fear even though I write about some very hard realities almost every day.

This is part of the reason why I so adamantly encourage people to prepare for what is ahead.  Knowledge and preparation can help eliminate fear.

If you already know what is coming and you are already prepared for it, you won’t be freaking out like the rest of the general population will be when things start really going crazy.

Panic betrays and fear kills. The preparedness culture is built upon the ideal that one must defeat fear in order to live. How a person goes about removing uncertainty from the mind is really up to the individual. For me, combat training and mixed martial arts is a great tool. If you get used to people trying to hurt you in a ring, it’s not quite as surprising or terrifying when it happens in the real world. If you can handle physical and mental trauma in a slightly more controlled environment, then fear is less likely to take hold of you during a surprise disaster.

Six months may be enough time to enter a state of mental preparedness, it may not be, but more than anything else, this is what you should be focusing on. All other survival actions depend on it. Your ability to function personally, your ability to work with others, your ability to act when necessary, all rely on your removal of fear. Take the precious time you have now and ensure you are ready to handle whatever the future throws at you.