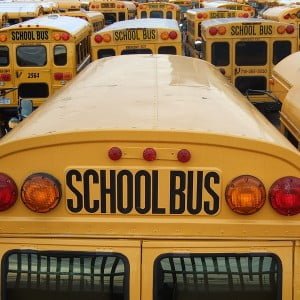 Minority Report, eat your heart out. The real system is worse than anyone could have imagined.

By now, everybody knows that the NSA and a host of other alphabet agencies are spying on Americans, collecting virtually every piece of communications data they exchange, regardless of whether or not they are “doing anything wrong.”

But what are they doing with it?

Apart from its value in consumer and marketing fields, the data is used to create “threat assessments” and put a black mark on the record of anyone who the authorities deem troublesome that will follow them throughout their career, and make it harder for individuals to get a job, qualify for a loan, travel, or enjoy the rights of a (now once) free society.

Our government want us to believe that EVERY student is a potential threat and we need threat to stop them.

Every student is given a “THREAT ASSESSMENT” by police and school administrators!

Schools and police are using V-STAG to assess a ‘threat level:

The war on terror is out of control! Watch out that kindergarten kid could be a threat!

This program and others like it have been developed at the federal level, with FBI involvement, and coordinated across local, state and private organizations. The idea, unfortunately, is to implement this watch-and-flag surveillance grid across the system at every level, and with every institution that people must participate in.

Hey, if it works for prisoners, it would be great for a once free society.

The intent of schools to nurture children and help them to learn and grow into responsible adults has been subverted by an intrusive and paranoid surveillance system that considers every mistake to be a warning of crimes and misdeeds to come.

And by treating everyone as a criminal before they even do anything, it probably creates a self-fulfilling prophecy.

The Secret Service has the audacity to call threat assessing of kindergarten students a safety concern. “The Final Report And Findings Of The Safe School Initiative.”

“The Safe School Initiative” was implemented through the Secret Service’s National Threat Assessment Center and the Department of Education’s Safe and Drug-Free Schools Program.

Every student is being PROFILED and given a risk assessment rating, according to the Secret Services article titled “Evaluating Risk For Targeted Violence In Schools: Comparing Risk Assessment, Threat Assessment and Other Approaches.”

What’s really being said is police and school administrators can put your kid(s) into mental health counseling which will follow them throughout their adult lives! Oddly there isn’t any mention of the school-to-prison pipeline!

Meanwhile, this system is designed to expand throughout a student’s life and merge with other emerging “threat assessment” systems that follow adults in the general population as well.

Colleges nationwide are using ‘Campus Teams’ to give their students sexual threat assessments, there is a “Legal Compliance and Sexual Violence Prevention Training” being held in Boston this July 27, 28th.

“This training will address the critical intersection between compliance with federal laws to address sexual and intimate partner violence, and the role that threat assessment can play in effectively addressing these issues.”

In adulthood, police departments and private employers are now also using threat assessment scores to profile and target against individuals who have raised red flags.

Think it’s just those have committed crimes and demonstrated what bad people they can be? Think again. Dissidents, outspoken critics, competitors and opponents will all get flagged as the system is abused by its controllers and used to hammer down any nail that dares to stick up.

This system will create a society of compliance and fearful people, not a free society free of crime and trouble.

Whether or not this system can actually prevent crime remains unproven, but its ability to tarnish the record of individuals and place entire populations under preemptive suspicion is certain… and likely dangerous.