ManTracker: How to Be One and How to Avoid One: “The Hunter Can Become The Hunted At Any Time” 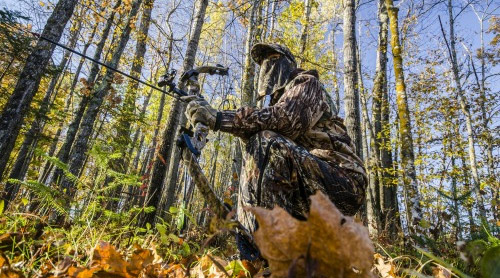 This article was originally published by Jeremiah Johnson at Tess Pennington’s ReadyNutrition.com.

ReadyNutrition Readers, we’re going to cover some of the basics on how to track man, and some tips on how to keep from being tracked by men.  All of your camouflage is to no avail if you are awakened by a boot kicking you in the ribs as you’re curled up in your sleeping bag in a hidey-hole.  Please keep in mind: this is a post-SHTF action and/or a life-threatening situation that would call for the tracking of another human being.

Man is the Most Dangerous Creature of All

Be aware: this is not deer-hunting or tracking a game animal.  The rules are different, because a deer won’t double back on you, climb a cliff, and snipe you with a suppressed .308 as you cross a predetermined, pre-ranged spot.  If you are adept at tracking game, these skills can help you, but keep in mind you’re tracking the most dangerous, intelligent, and resourceful creature of all: man.  You’re tracking down a creature with the natural and learned instincts of a hundred thousand generations of hunters and killers…no matter what culture or creed.  Man is the most dangerous creature of all.  Never forget that.  Respect the potential of the guy or gal you’re tracking.  Respect it, and let it temper your emotions and judgment as you’re tracking.

To track a man, you need to be aware of your surroundings, the changes in it, and use deductive reasoning all in combination as you’re moving.  There are some questions you always need to ask yourself as you are following a man as well as observations you must make:

NOTE: THIS QUESTION # 1 AND RULE # 1 BOTH APPLY CONCURRENTLY AT ALL TIMES!  THEY ACCOMPANY AND SUPERCEDE ALL OF THE SUBSEQUENT QUESTIONS AND RULES!

If your search is proceeding too well and too smoothly?  It’s an ambush.  We’ve covered these fundamentals, because believe it or not, it is easier to avoid the hunter if you first have been the hunter.  What we just covered forms the basis for avoiding someone who is pursuing you.  Believe it or not, you can practice this stuff in the woods with family and/or team members.  It makes for both a good workout and a challenge to actually implement stuff you learn.  Part Two we’ll focus on how to get away from the bad guys trying to find you.  Until then keep studying and practicing.  It’ll pay off in the end…especially after the SHTF.  JJ out!