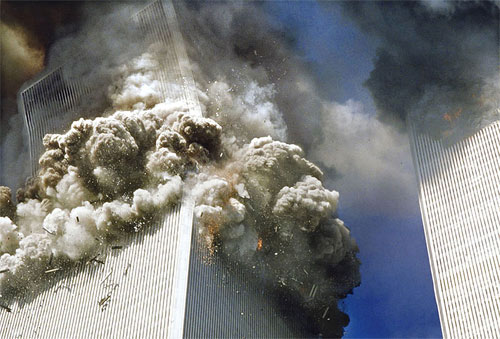 Depending upon how you look at it, the idea is either bold or insane.

But it is sure to draw plenty of attention.

An American expat living in Thailand is hoping to raise enough money to purchase an old jet and an old building in the countryside in effort to recreate the attacks of 9/11 on the Twin Towers.

Though he says he isn’t a conspiracy theorist, Paul Salo is hoping to use this ‘9/11 redux’ demonstration to lend credence to those who say the impact of a plane crash wasn’t enough to cause the collapses seen on September 11… or to disprove those ideas once and for all.

An American expat who lives in Thailand is raising money to recreate the September 11, 2001 attacks on the World Trade Center in an effort to prove conspiracy theories right or wrong.

The American entrepreneur, who has lived in Asia since 1989, added that he thinks his reconstruction will find that there was ‘similar physics’ that caused the twin towers in New York to collapse.

In the video to promote the ‘reconstruction’ of the tragic day, Salo said: ‘If you doubt anything about 9/11 we want to blast this to smithereens or we want to prove you completely right.’

‘If there’s just a smoking hole in the building and nothing happens, you pretty much know it was a hoax, right? Cause it’s obvious, right?

Here’s his video explaining the project:

Through a Facebook page titled ‘9/11 Redux,’ Paul Salo hopes to raise between $300,000 and $1.5 million through crowd funding in order to buy the used plane, the building and pay for the crew necessary to oversee the project and verify the specs and assess the ‘similar structure’ of the building he would use.

Crowfunding project: We will autopilot fly a fully loaded 767 or equivalent aircraft into the closest building we can find in structure to the WTC. A force for truth when there are no other options. The gov won’t do it. Companies won’t do it. Individuals can’t do it. We do it. Join us.

The entire event would be filmed from multiple angles, and the plane’s black box would provide data about what took place in the staged crash. With the aid of experts and building inspectors, he aims to make the event as similar as possible to the original… without, of course, any people in harm’s way.

Salo claims that he has been in early talks with the Thai military and that he isn’t pushing any one side of the contentious debate about what really happened on 9/11 that continues to stir controversy and deep-seated feelings about a government conspiracy.

Salo writes on Facebook: “We don’t have a fixed mindset: Open for any truth that will come through these activities.”

Those who have questioned the truth about 9/11 have pointed to statements by the engineers and architects of the actual World Trade Center who suggest that jet fuel could not have caused the collapse of the buiding’s heavily reinforced steel column structure.

Numerous groups, including Architects & Engineers for 9/11 Truth, have challenged the official version of events and sought to disprove the government narrative.

Paul Salo, however, does not claim to be affiliated with any of these people… he just wants to stage the crash to add first hand example to the ongoing debate on all sides.

The technical differences between the enormous skyscrapers that once stood in lower Manhattan and the kind of old building that can be bought up may be significant, but there is no doubt that the gutsy crowdfunding project would be an interesting addition to the debate.

Do you think the experiment would offer proof?