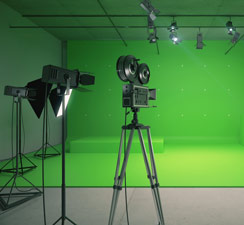 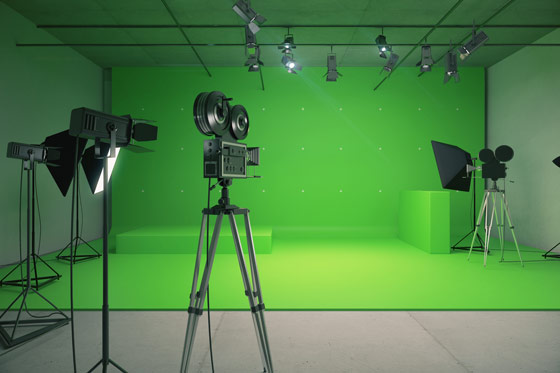 The question to pose is that if North Korea does not constitute a serious threat, then why is the United States sending a naval armada to the Far East to confront it?  Many have expostulated “profound” theorems, such as “Un is just a fat POS,” or that “We’ll wipe them off the face of the earth,” etc., ad nauseum.  Despite such scornful and contemptuous statements denigrating North Korea’s capabilities, the fact of the matter is that we have upwards of 35,000 Americans deployed in South Korea and at any given time Un can decide to nuke them.  It is also a fact that North Korea does possess nuclear weapons and are advancing their capabilities to deploy them by the day.

There was a Daily Mail Article posted last week entitled Could this ballistic missile one day nuke the west coast of America?

Pay attention to the Western Consumer-Marketing spin that spends 90% of the article decrying the capabilities of North Korea…reassuring everyone how North Korea doesn’t have the ability to nuke the U.S. yet.

“Yet” being the key word.  North Korea must be kept in people’s minds as a threat, but not too much of a threat that it scares everyone away from their shopping and taxable pccupation/employment.  Presented here are excerpts of that article that show the mindset: “Be concerned but calm down, because it shouldn’t be a concern.”  Especially notice the emboldened parts:

“The missiles, which have not yet been flight tested, could one day reach the US”

“North Korea unveiled what appeared to be a new intercontinental ballistic missile.”

“…increasing fears it’s trying to develop a model that could hit the United States.”

“North Korean state television showed what appeared to be several KN-08 (above) ICBM’s on Saturday – which are theoretically capable of striking the continental United States, West Coast, and Alaska.”

“If the Korean missiles actually work, and have a similar range to the Chinese missile, they could hit the continental US.  But it’s very unlikely that North Korea has that technology at this stage.”

Just the wording, “…plowing ahead…” is meant to psychologically trigger thoughts of barefooted North Koreans plowing through rice paddies with wooden ICBM’s mounted to their front…a primitive allegory meant to make the readers discount the capabilities of North Korea.  The articles are also a CYA/disclaimer for the media.  In other words, if the missiles do have the range and are employed by the North Koreans, the media can’t be blamed for not warning about it with their pseudo-alert.  The disastrous mindset of “the missiles have not been tested yet” is the most profoundly ignorant comment of all.  What test?  For an American city to be burned to a crisp?  Is that what needs to happen before this threat is taken seriously?  That would make a great story for the media, complete with “heroes” sacrificed by the news networks who “bravely” covered any area struck by a nuclear bomb.

Bottom line: nobody wants it to happen; however, that is not a reason to deny that it can.

Everyone denied the abilities of Nazi Germany, but that was before they “annexed” Czechoslovakia, “absorbed” Austria, and took Poland, France, and the rest of Europe in the blink of an eye.  This situation is also one that is being denied.  Perhaps the denial is worse in some ways, as the intelligence capabilities today are above and beyond what they were in the 1930’s.  Although not in all instances: Melissa Hanham is back in this Daily Mail article.  If the name doesn’t click, she had surfaced before in September of 2016 with the Korean nuclear test that was conducted just as Obama was leaving from his trip in the Far East.  Here’s what she just mentioned in the Daily Mail Article on April 15, 2017:

“Pyongyang is working towards a ‘new concept’ of ICBM.  However, North Korea has a habit of showing off new concepts in parades before they ever test or launch them.”

This same Melissa Hanham (as mentioned in a previous article with SHTFplan back in September of last year) where she decried the miniaturization capabilities of North Korea, as such:

“We would need to see it tested on a missile, like China did in the 1960s.  Nobody wants to see that. There is no way they could do that test in a safe way, and it could easily start a war.”

Prior to the North Korean test (but after Hanham’s brilliant proclamation), her company (the one that monitors the North Korean missile activity) was taken out of the picture completely by a DoS (Denial of Service) hacking attack that rendered her company (the one the U.S. and other nations depend upon to monitor North Korean nuclear activity) unable to process any satellite feeds.  Reference the article DoS Attack Crashes Website Monitoring North Korea’s Nuclear Test Site, by Eric Niiler of Wired.com. Here’s an excerpt of the article, and guess who surfaces?  Melissa Hanham who reveals her helplessness and inability to do her job, as her company was “zapped” and taken out of the loop prior to the North Korean nuclear test:

“It’s suspicious timing.  It’s also really frustrating.  We are restarting and our security company is looking into as much information about the attack.  We are going to get it up as soon as possible.”

This mindset carries through and is pervasive throughout all the MSM (mainstream media).  It damages the public’s ability to see the true threat as it exists.  When experts such as Dr. Peter Pry and numerous generals and heads of the military and American intelligence say there’s a threat, it’s time to assess the threat realistically and prepare for it.  I have been in complete agreement with the assessments of Dr. Pry, General Scapparotti, and Admiral Gortney.  Just to refresh the memory, Admiral William Gortney, Commander of US NORTHCOM briefed a Senate Committee on March 10, 2016 on the potential North Korean nuclear threat.  The Admiral stated it was “prudent to assume Pyongyang had the ability to miniaturize a nuclear warhead” and deliver it effectively to strike the continental U.S.

What these men have said over the years is a realistic assessment based on credible intelligence and studies gathered tenaciously over the past decade.  Such intelligence is hard to come by, as it is not easy to insert operatives into North Korea nor develop human assets on the ground.  The United States cannot nuke North Korea effectively without causing collateral damage (in the form of radiation) to Japan or South Korea, and potentially for China and Russia.  The problem is much more difficult than it may appear on the surface.  Dropping a 21,000-lb. bomb is not going to solve this problem, either.

We’re going to face down North Korea with an armada of ships for what stated objective and purpose?  There was a suspected sub off the coast of California last week.  Whose sub was it?  And why didn’t we nab it?  Does North Korea possess one of those stealth, Kilo-class converted subs from Russia?  Do they indeed have more than one sub in the area, with SLBM (Submarine-Launched Ballistic Missiles) on board?  There are a lot of unanswered questions here; however, to discount North Korea as a threat is not the answer and it is not realistic.  We’re probably going to see the test, all right…a test that will also be the actual strike.  It will be too late, then.  Hope you and yours are out of the potentially targeted areas.  You can believe that the leaders of each side will be safe when and if such a strike occurs, and the media will act as if they knew all along that it would happen.