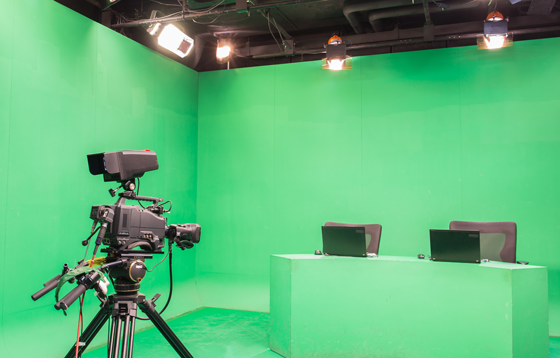 Embattled Venezuelan leader Nicholas Maduro is following in the footsteps of Vladimir Putin and Donald Trump – in dissing CNN and calling them out as “fake news.”

Indeed, it seems that world leaders are now officially onto their tricks.

Only weeks ago, President-elect Trump denied a CNN reporter a question at his first press conference, after ranting about things he indicated the network has done, before accusing them being “fake news.” No question for you:


It turned out to be the shot heard ’round the world.

Two days ago, we reported that Venezuela’s President Maduro threatened to take CNN off the air as a result of accusations it was spreading propaganda and “fake news.” Well, it is now official because as AP reports, Venezuela’s government has officially suspended CNN in Spanish, shutting off the news channel after a report on fraudulent passports that drew angry criticism from officials.

The country’s National Telecommunications Commission announced Wednesday that it initiated the “administrative sanction” because of news stories it considered “direct aggressions” against Venezuela.

As we explained on Monday, over the weekend Maduro said he wanted CNN out of the country, accusing it of spreading fake news, misrepresenting the truth and meddling in issues that are not of its concern. According to a PanAmPost report, Maduro’s anger was the result of a student demand on national television that the president improve the conditions of his school, asking for security, infrastructure and food so his classmates wouldn’t faint from hunger anymore. CNN en Español visited the high school and talked with the staff about the student, and whether Maduro had made any improvements since that incident only to discover he had not.

CNN has been exposed as a propaganda outlet, and identified as such – an unofficial but very direct arm of U.S. State Dept. propaganda policy. Thanks to some tweaks in the law passed under President Obama, propaganda was officially legalized within the borders of the United States, expanding the previous mandate for ‘official’ propaganda only being broadcast in overseas targets. Now, covert ties, and conflicts of interests need not be tended to, nor a check on bias and facts.

Propaganda is legalized, weaponized and a potent, and regular weapon of population conditioning both at home and abroad. CNN has proved to be a particularly flagrant example, and have no doubt spun some webs for the corporate empire, some of which is based in U.S. power.

This is interesting because of the pattern that is developing.

This is a cross-stitched, ingrained pattern – it cuts both ways.

CNN has now been officially outed as a weapon of state. Its propaganda line favors some rather obvious interests, from the general establishment line, to scrimmage against anti-vaccine news to defend pharmaceutical sponsors, to partnering with foreign governments and granting favorable coverage, to allegedly manufacturing stories and events with a dubious basis in reality. The network, strapped for cash to continue its operations has even gone so far as to create PR items for sponsors that appears to be, or could easily be confused with, actual news coverage, that instead touts positive associations and talking points.

Al Jazeera reported on the phenomenon, asking CNN to broadcast corporate propaganda as news? A cynical but witty observer would point out the obvious lack of distinction between this new policy, and every other day of broadcast when corporate interests are promoted:

On June 8, CNN unveiled “Courageous,” a new production unit and an in-house studio that would be paid by advertisers to produce and broadcast news-like “branded content.”

“This isn’t about confusing editorial with advertising,” CNN executive Dan Riess told the Wall Street Journal. But a corporation going beyond advertising on a channel and funding the network to produce PR segments made to look like news is exactly the kind of confusion Riess is referring to.

It is a difficult line, but CNN should, in fact, but painted with a scarlet letter “P” for propaganda so that everyone can see them approaching.

In this case, CNN has it coming, and we can only chuckle at seeing them reprimanded. But other cases might not be so funny. Harsh rules could chill free speech and stifle legitimate investigative journalism, in spite of the fact that many of these outlets and fronts are being used in attempt to destabilize foreign regimes, or, let’s say, help pick the president in a given American election. The fact that Trump fought back against CNN was justified, but not the lawsuits that have been filed against journalists for reporting about alleged scandals in his wife’s past.

In point of fact, the false narrative about “fake news” that was propagated by the left, and the supporters of the former Secretary of State, who was in a sense, once the premier U.S. official over the use of propaganda, succeeded in stripping advertising revenue, You Tube monetization and other financial supporter for many alternative media outlets, both big and small.

I know from personal stories that people have been hurt by this – without any specific charge against their website, but because they were included on the ProporNot blacklist of “fake news” alternative media sites, many of whom supported Donald Trump in the election.

This is an information war, and the pendulum will swing in both directions.

At one end is total state control of the media and media censorship. This happens in a clumsy, but complete sort of way in many authoritarian regimes, and in a subtle and crafty way in democratic societies. Individual rights are at risk; freedom of speech is violated even in places that should guard it. Data and information have become just another avenue for police, customs and border or civil authorities to investigate, examine and control. But intellectual thoughts and expressions should remain protected in the right to say them, and private in the transfer and storage and free from data collection unless there is a specific warrant for a specific case.

And on the other end, stealthy covert warfare has been ongoing through the fronts of philanthropy and charity organizations, think tanks and protest coalitions and the indirect funding of proxy groups. Vladimir Putin set the tone by kicking out hundreds of NGOs and diplomatic organizations that he rightly branded as “undesirable” – these groups chiefly centered around their connections to billionaire George Soros, who has admittedly been sponsoring color revolutions since the string of rebellions that split up the Soviet Union.

Two pro-democracy foundations launched by liberal U.S. billionaire businessman George Soros have been officially banned by the Russian government, the Kremlin said Monday, which charged that the groups pose a threat to Russian national security and public order.

The decision by the Russian Prosecutor General’s Office, which extends a crackdown on foreign nongovernmental organizations such as the National Endowment for Democracy and Freedom House begun this summer, puts the Moscow branches of Mr. Soros‘ Open Society Foundations and an allied foundation on a so-called “stop list” of foreign NGOs that are no longer allowed to operate within Russia’s borders or give money to Russian individuals and civil society organizations.

More recently, Soros, and partners like former National Security Advisor Zbigniew Brzezinski and former Secretary of State Hillary Clinton, have been using foundation front groups and artificial protests to agitate and overturn ‘undesirable’ regimes. Much of the Arab Spring consisted of such phony uprisings, which advanced covert policy objectives of the U.S. State Dept. and the private whims of an eccentric villain. Russia has been the major target of this work, though much of it has been conducted at indirect targets. NGOs have been positively connected to protest movements in Russia, outspoken critics of Putin and attempts to stir a color revolution inside the Russian state.

While testifying to Congress as Secretary of State, Hillary Clinton noted the rise of information warfare – a battle which she claimed the U.S. was losing, in part to lobby for more State Dept. propaganda funds – and the multi-polar world where RT and Al Jazeera have become counter-propaganda outlets, carrying information that (often rightly) contradicts the falsities and fictions of the official government mouthpieces and corporate media sycophants.

Hillary identified Venezuela, Russia and China as “enemies” whose propaganda should be met with increased funding for U.S. counter-propaganda and broadcast efforts. Hence, Maduro’s ban of CNN, just like Putin’s kicking out the Soros-linked foundations, is actually proportional to clear activities directed against it. Though Maduro is not a good guy, he is certainly justified in suggesting that U.S. corporate media is attempting to undermine his authority, and further, it would not be radical to suggest that a sustained campaign was intended to fuel his ouster.

Later in her 2016 campaign, a bitter Hillary Clinton would also label alternative media outlets inside the U.S. as enemies and/or deplorables. Where she was able to, she and her surrogates also connected alternative media to Russian propaganda strings.

That narrative chased candidate, then President-elect, and now President Trump all the way into the Oval Office, and attempted to delegitimize Trump’s victory with the false narrative of Russian hacking. With the firing of Gen. Flynn, the narrative takes a new, and strong turn, suggesting blackmail and intrigue with Russian counterparts inside Trump’s cabinet.

Who controls this narrative? With a free and open Internet, we can hope that the truth will always out, in one way or another. In fact, it is countless ordinary Americans, outraged at the things taking place in their name and insider our borders who’ve been speaking out, holding political leaders accountable with tough questions, taking elected officials to task at town hall meetings, driving alternative media blogs and You Tube accounts, fighting IRS and Obamacare corruption, etc. etc.

Slapping down CNN and the other news whores is long overdue; but not if it infringes on legitimate free speech.

Information is a powerful weapon of regime change; and it should remain that way, with everyone equally armed.