Madness Coming To Gold Market: “There Are Thirty to Fifty Owners For Each Ounce of Gold That’s Out There” 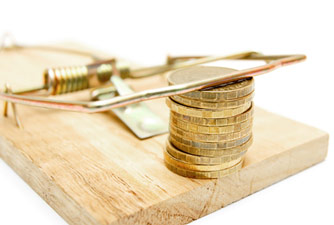 Though the price of gold has seen a significant drop over the last two years from it’s all time highs of about $1900 per ounce, many experts and analysts believe that western central banks and their colleagues at major financial institutions have been manipulating the price. The rampant manipulation is believed to stem, in part, from the formerly Rothschild owned London Gold Fix, an organization made up of five large banks that make a daily determination of what the price of gold should be.

It is this unilateral control by western banks that recently prompted the Chinese to create their own Shanghai Gold Exchange. What separates the two is that the Chinese will be using their currency, the Yuan, as the reserve rather than the U.S. Dollar. Moreover, unlike their European counterparts, the Chinese will be trading in actual physical dollars.

The product is gold. When gold is bought or sold [on the Shanghai Gold Exchange] a person actually takes delivery of the gold.

That is not the case in London. In London the price is based two factors:  1) the “futures” market in New York. This is where people buy a contract for future gold. Gold that may or may not exist today but they are willing to purchase today and take “delivery” in the future. 2) The other factor is a very small group of banksters sitting around and determining what the price should be. You know, good-ole-boys club.

It is this process by central banks in the west that will ultimately lead to the destruction of the paper gold market as it exists today.

The banks operating in these paper markets do so with gold that they don’t own. They trade in paper receipts. The reason that’s a problem is that there are anywhere from thirty to fifty “owners” for every ounce of gold out there.

Craig Hemke of the TF Metals Report discusses the western gold scheme in a recent interview with The Daily Coin and says that when the music finally stops there are going to be a lot of people who think they own a certain amount of gold but all they’ll really be holding is a worthless paper ticket:

There’s a lot of central bank gold…and even privately held gold… that has been leased through these bullion banks. These bullion, they say ‘we’ll pay you one percent because your gold is just sitting there collecting dust but we’ll pay you interest if you lease it to us.’

And then they go and they dump it, they move it physically in the market in the hopes that they’ll be able to, when that lease comes due, they’ll get the gold back and then repay it back to whoever loaned it to them in the first place. And they try to match all those up.

And the hole that they’re digging just keeps getting deeper and deeper.

There was news last week that now after about a year and a half after Venezuela repatriated their 80 or 90 tons of gold that now Goldman Sachs and Credit Suisse are down there trying to talk them into leasing it back out. Boy, they’d be crazy if they did.

That’s all part of the process.

‘Hey, give us that and we promise we’ll give it back to you a year or two from now, no problem at all… we can manage this’

You know, the first rule when you’re in a hole is to stop digging. Right? That’s not what they’re doing. They’re digging away frantically trying to maintain the status quo.

I firmly believe there are multiple… thirty maybe fifty beneficial owners for each ounce of gold that’s out there… Thirty or fifty folks that think they own that ounce and they’re all going to show up when the music stops thinking that they’re going to take delivery or lay claim to that ounce.

And that’s when the madness really starts.

When will that be? Probably not tomorrow. But as any confidence scheme eventually unravels, and this one will unravel too. It’s just a matter of time.

The problem is easy to see. Should just two people show up claiming the same ounce of gold one of them is coming home empty handed.  What Craig Hemke describes is a scenario where as many as fifty different people are going to claim ownership for the same ounce of gold. The same is likely true for the silver market.

And now that the Chinese are dealing directly with physical gold it is only a matter of time before the entire scheme collapses. In fact, the Chinese and Russians know it’s coming and that’s why they’ve been furiously purchasing gold on the open market.

The solution should be obvious: If you invest in gold make sure you hold the physical asset in your hand.

Food, Guns, Gold: “The Record is Rather Clear On the Side of Commodity Money”

Video: All Hell Will Break Loose In Paper and Physical Precious Metals Markets

Prepare Yourself For Any Disaster