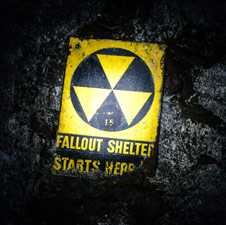 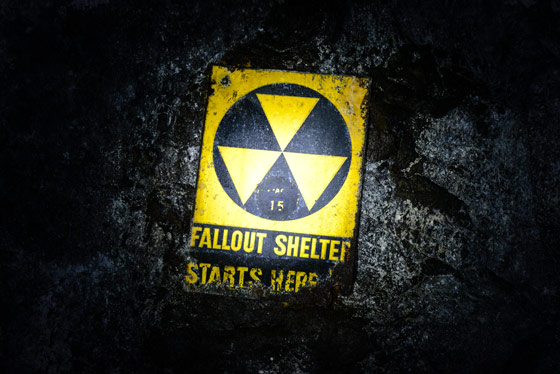 After Donald Trump was elected president, a lot of the fears and concerns that were once so common among conservatives and libertarians, seemed to fade. That state of relief was proven to be temporary, but fears of financial collapse and social disintegration still aren’t as prevalent now as they used to be. A lot of people have let their guard down, because they think things will be alright since “their guy” is in office.

But they should be concerned, because while they’ve been breathing a sigh of relief, wealthy elites and celebrities have been prepping like crazy. And it’s not just America, it’s people living abroad as well. So when high profile individuals are getting ready for the worst, you have to wonder if they know something that we don’t.

It’s a question we should be asking ourselves as more and more people in the upper class begin to buy luxury bunkers that can survive anything man or nature can throw at them. That’s what we’re seeing deep in the heart of Kansas, where a company called Survival Condo has bought a decommissioned nuclear silo, and is in the process of turning it into an underground condo complex with multiple residences that can be sold for between $1.5 million and $4 million.

According to the owner of the company:

“What we’re looking at is there’s an increasing array of threats like tornadoes and hurricanes and solar flares and pandemics and terrorism and food shortages,” Mr Hall told ABC News’ 60 Minutes. “There are so many things that happen every day all around the world and people are just hoping it doesn’t happen to them. But what if it does?”

Survival Condo claims that they “have the highest level of military grade security that offers both lethal and non-lethal measures in order [to] protect our residents.”

Additionally, the apartments have a full fibre optic intranet, data-streaming capabilities for education, information, and entertainment, as well as silo-to-silo network links and communications.

Not only are these compounds ready for any fathomable disaster, they are fully decked out in amenities designed to appeal to Survival Condo’s customer base. The compounds consist of a cinema, indoor pool and spa, medical first aid centre, bar, rock climbing wall, gym, and library.

“We’ve got a kids waterslide and waterfall in here, so it’s a little piece of the tropics right here in Central Kansas,” Mr Hall said.

And to give you an idea of just how sophisticated this bunker complex is, it will be able to feed its residents for up to five years by raising fish and growing food with hydroponics and UV lights. The condos are filled with LED screens that can portray outdoor scenery, presumably to keep wealthy residents sane while they sit around in a concrete bunker for several years.

There’s even an armored vehicle for picking up condo owners who are up to 400 miles away when the SHTF, so they can be whisked away to their new home. The owner of Survival Condo was interviewed by CNBC news several months ago, where he revealed several other impressive details about his vast shelter, which is expected to be completed in 2018.

That’s an astonishing level of preparedness that only the wealthy can afford. Some would even call it overkill, though they don’t realize that disaster like an EMP or a nuclear war could plunge our nation into darkness for years at a time.

The rich however, know how bad things can get, and they’re gearing up for it. Are you?

There Will Be Those Who Perish In the Next Crisis, And Those “Survive In Underground Luxury”