Los Angeles Crime Is Out Of Control: ‘The Current Sheriff Is Hiding Statistics… Murders Up 56%… Property Crime Through The Ceiling’ 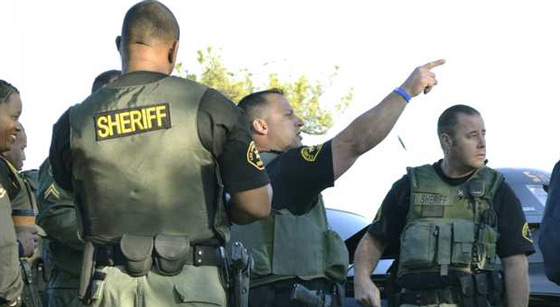 (Editor’s Note: If you live in Los Angeles County or know someone who does, we strongly encourage you to share the following interview. Election Day is June 5 and it will take just 1,500 votes to tip the scales and put the power back in the hands of the people rather than the bureaucratic machine currently in charge)

It’s no secret that major cities around the country are cesspools of criminal activity and violence. And the problem is only go to get worse according Bob Lindsey, a 40-year veteran of the Los Angeles County Sheriff’s department and candidate for the top law enforcement job in the county.

With the election for Sheriff just 24 hours away (June 5 is election day), over 90% of deputies surveyed in the department say he’s the only one who can effectively destroy the top-down control that has infested the Sheriff’s Office, which in recent years has spent more time attacking law enforcement personnel than it has going after violent MS-13 gang members.

The result, as Lindsey notes in the following interview with SGT Report, is significantly higher violent crime that has empowered criminals to act ever more brazenly.

What’s worse is that the current Sheriff says crime is down, a claim that can be completely destroyed by the actual statistics:

What he has done is he has taken a position that crime is down here in Los Angeles County… We can look all around us and we can see that property crimes have gone through the ceiling… A simple statistic, because he can’t hide the FBI statistics… The FBI just reported that murders, homicides here in Los Angeles County since last year are up 56%… In one area that we patrol murders are up 900%… There is out of control crime here.

If you live in California, especially Los Angeles, then this is a must see interview:

Learn more about Bob Lindsey and what he stands for at his web site: https://sheriffboblindsey.com/