Look What This ‘Conspiracy Theorist’ Had To Say Back in 1984: “A Disgusting Procedure For A Professed Free Society” 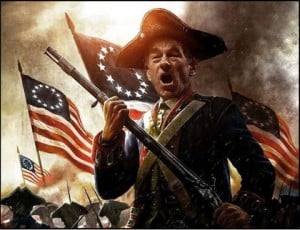 Back in 1984, well before most Americans had ever heard of mobile phones or used a computer, the Federal government was hard at work mining whatever data they could get their hands on.

President Reagan was in office and given his staunch stance on limited government no one could possibly have suspected that he, of all people, would be the Commander in Chief presiding over a fledgling surveillance state.

Despite the ignorance of our populace and attempts to keep the American people in the dark, one lone wolf on the floor of the Congress had the prescient insight to understand what was really going on… and where it would one day lead.

He’s one of the original conspiracy theorists… referred to by many is a quack or a nut for his non-mainstream views of government and his constant warnings of tyranny on our doorstep.

Today his ‘theories’ have been proven to be 100% fact.

Watch this short video of Ron Paul recorded on September 6, 1984 and don’t ever say we weren’t warned.

Computer surveillance seems appropriate for 1984, and unfortunately, the wave of the future.

Millions of tax dollars are spent on this type of computer surveillance.

A disgusting procedure for a professed free society.

The irony is that it’s done by an administration that brags about its limited government philosophy.

And the little condemnation we hear comes from those that would involve government in every jot and tittle of our economic lives.

Why is it that it’s so difficult to defend freedom consistently across the board?

Via Liberty Blitzkrieg and The Daily Crux:

They were doing it 30 years ago with limited processing capabilities and data storage.

Today, the sky’s the limit.