Leaked Police Report: There Are 23 Muslim-Controlled “No Go Zones” In Sweden: Plagued With Violence, Sexual Assaults And Gun Crimes 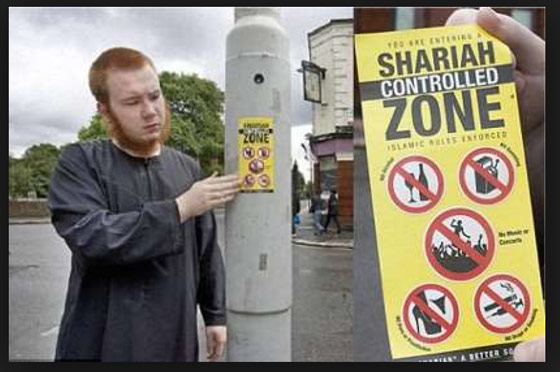 Though European leaders and their US-based counterparts have vehemently denied their existence, a leaked report from the Swedish police confirms that there are at least 23 Muslim-controlled “No-Go Zones” and some 60 “vulnerable areas” where non-muslim citizens of the country can no longer visit safely.

As noted in the RT video below, the areas are plagued with violence, sexual assaults and gun crimes, and things have gotten so bad that police and emergency services personnel refuse to enter.

According to the Swedish National Police Commissioner:

We see developments in our country which are not always going in the right direction… We have more than 60 vulnerable areas in and around major cities in Sweden.. and we see criminality there and we need to turn around these developments in those areas… and we need the assistance of other parts of our society.

Call us crazy, but maybe not allowing mass migration from countries with ideals, morals and laws that run nearly 100% counter to those of your country would be a good start?

While that may be considered racist, xenophobic and nationalistic by many “progressives” around the world, one simply can’t deny that such no-go zones are the result of forced cultural assimilation. Of course, the assimilation requirement appears to only involve the natural citizens of the countries in question, because apparently migrants can engage in any sort of activities they wish without consequence.

As one angry foreigner from Sweden previously explained, it is now taboo in Sweden (and all civilized Western countries) to take pride in one’s country and culture, noting that by doing so you are considered “racist.”

The fact is that Western and Islamic culture sit on two completely different sides of the spectrum, and while the West has welcomed millions of refugees over the last several years, the same doesn’t appear to be true for the migrants.

In Britain, for example, followers of Islam are feverishly working to build a nation within a nation, ruled by Sharia law with no regard to Britain’s legal system.

The same has been true across America. In fact, the issue is so serious that the Texas State legislature recently passed a bill that would force State courts to ignore any foreign law when deciding cases.

“My colleagues and I here at the Texas Legislature want to make sure Texas judges never apply foreign law in Texas courts in violation of constitutional rights and the public policy of our state,” said Flynn.

Under HB 45, Texas and U.S. law supersede all other laws. It prevents state judges from applying any foreign law because, in doing so, it infringes upon U.S. and Texas constitutional rights. The bill shields litigants in family law cases “against violations of constitutional rights and public policy in the application of foreign law” under the U.S. and Texas Constitutions, federal and judicial precedent, the Texas Family Code, and the Uniform Child Custody Jurisdiction and Enforcement Act, among other protections.

You’d think such a law wouldn’t be necessary in America, but the last few years show that the Islamization, and thus the push for Sharia Law, is happening right here and now.