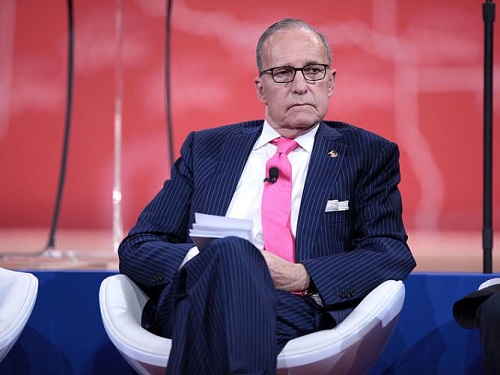 In the world of alternative economics we often focus on the schemes and machinations of central banks as well as international banks as their closely tied partners in crime. But it is easy to forget that these institutions are merely composites and proxies made up of specific people. The institutions themselves are no more invincible than the very mortal criminals that make up their memberships.

As a writer for the liberty movement I often hear the demand that we should “name names” when referring to groups like “globalists” in our analysis. These demands usually come from people who are too naive to understand how long such an article would be if we had to make a list of said globalists and their trespasses every time we sat down to make a point or convey a piece of information. That said, I’m happy to start a new series of articles which I will be publishing intermittently that will focus on “naming names,” one name at a time.

Some of these names will belong to people you rarely if ever hear about. These are the men behind the curtain of power, those that have much greater influence than is apparent at first glance.

In my last article I outlined the unfortunate propensity of Donald Trump to invite such “swamp creatures” into his cabinet and into the White House. Some of these people are rather notorious and well-known, like Council on Foreign Relations warmonger John Bolton. However, others have gone under the radar.

The name of Larry Kudlow has been making the rounds lately, at least in mainstream economic circles, largely because of his role in Trump’s accelerating global trade war efforts. Kudlow is the Director of the National Economic Council and adviser to the Trump administration, recently replacing Goldman Sachs alumni Gary Cohn. As such, he is perhaps the greatest influence in the White House in terms of U.S. economic policy when applied in international relations. A powerful position indeed.

Kudlow has been in the news feeds the past couple of days due to his remarks concerning tariffs on Canadian aluminum and steel, saying that Canada was “overreacting.” The media has also expounded on his confidence that the trade war will be “brief” and that deals will be easily reached that address the concerns of the US. He has also been aggressive in his comments on the World Trade Organization and the G7, which appeals to many of us conservatives at first glance; however, when one realizes how little leverage is truly behind such rhetoric, Kudlow’s tough stance becomes unimpressive.

First, I highly doubt that Kudlow is surprised by Canada’s anger over trade tariffs considering their economy is so distinctly integrated with the U.S.  Second, every time we hear rumors that the trade war is being quickly resolved, talks fall apart and tensions escalate. The most likely outcome in my view is that retaliatory measures by numerous foreign trading partners will be common and unrelenting during Trump’s trade war. Count on it. That said, the fact that Kudlow in particular is overseeing Trump’s economic war should not go without examination or concern by Trump supporters.

Larry Kudlow was often presented as a “conservative” economist and adviser during his transition into Gary Cohn’s role. There was some public criticism over the introduction of Gary Cohn into the Trump cabinet due to his extensive history with Goldman Sachs (former president) and his globalist leanings. The removal of Cohn for Kudlow was clearly designed to lure critics into a false sense of security and the hope that Trump would not be surrounded by elitist ghouls 24/7. Sadly, nothing has changed.

Kudlow is perhaps even worse than Cohn, considering he launched his career as an economist for the New York Federal Reserve. He worked as a financial analyst for Bear Stearns in the early days of the subprime era, and this private sector grooming seems to have had a heavy influence over his views of what makes the economy “healthy” for many years to come. He may have even stayed on at Bear Stearns until their collapse, except that he was fired due to his cocaine abuse.

Kudlow is often touted as a former member of the Reagan administration, but few mainstream news sources mention that he ALSO worked on Democratic campaigns alongside the Clintons as well as John Podesta. Since then, he has mostly been visible as a financial pundit on cable news, where his track record was less than stunning. To give you a point of reference as to where he stands on the fallibility scale, Kudlow started his commentating career working with Jim Cramer, the TV guru of poorly conceived economic analysis.

Some of his most notable bad predictions were made around the time his former employer, Bear Stearns, was on the edge of insolvency. Kudlow stated in November 2007:

“Too much is being made of both the subprime credit problem and the housing downturn. A recent Bank of England study shows that residential mortgage-backed securities in the U.S. total $5.8 trillion. Of that, only $700 billion, or 12 percent, are subprime. Even when you add in $600 billion of so-called Alt-A mortgage paper, most of which will not default, the total of these home loans is still less than 20 percent of all mortgage-backed paper.

What’s more, the entire market in subprime debt is just 1.4 percent of the global equity markets. On any given day, a 1.4 percent drop in world stocks would erase the same amount of value as the collective markdown of all subprime-backed bonds to $0. It’s just not that big a deal.”

I don’t have to tell you, this prediction was WAY off. It was this fraudulent but widespread narrative that helped lull the American public into a stupor of assumed safety on the eve of economic disaster. Kudlow also commented in March 2007:

“At home in the U.S., there are still housing-slump worries and concerns about an inventory correction in autos and factories. Former Federal Reserve Chairman Alan Greenspan this week even predicted a recession, naming the budget deficit as the cause. Huh? The deficit is evaporating as record tax revenues are being generated by a solid economy, itself a function of the low marginal tax rates put in place by President Bush.”

Kudlow actually reminds me of nearly every mainstream media talking head in the economic world. Holding up all the wrong metrics (like the trade deficit) as evidence of economic health while ignoring the massive amount of data proving the contrary. Will Kudlow once again tout a shrinking deficit under Trump as some kind of evidence of fiscal improvement while ignoring all other detrimental signals?

One must consider two possibilities in Kudlow’s philosophy — either he is highly blind to the obvious, or he supports another agenda that runs counter to the truth. Either way, it’s not a good sign for America’s financial future. We must also ask ourselves why the Trump Administration would want him in the first place.

Kudlow has been quoted as highly opposed to Trump’s economic policies. This was, of course, before Trump’s election win and Kudlow’s appointment as economic adviser.

“And let’s not forget: The stock market, which is a leading indicator of the future economy, is in a wee bit of a correction. Given the recent rise of presidential candidate Donald Trump, we should all be thankful that stocks haven’t plunged. Trump’s agenda of trade protectionism, dollar devaluation, and immigrant deportation is completely anti-growth. It’s like Fortress America in an economy that is completely globalized and where the U.S. must compete in the worldwide race for capital and labor. Trump’s policies don’t fit.”

Beyond that, keep in mind that this is now the guy that is the champion of Trump’s trade protection agenda. The same guy that clearly despised such measures only a couple years ago. The same guy that is willing to flip-flop and state that Canada and other trading partners are “overreacting” to tariffs. So if we use Kudlow as the contrarian indicator as he seems to be, what is the most likely outcome of the current trade war action? Disaster.

For now, immense effort is being poured into convincing the American public that trade war efforts are highly successful, even though negotiations have barely begun. The issue here, though, is US weakness in these negotiations. What the average American is not aware of is the precarious nature of the US dollar as the world reserve currency and the petro-currency. For the past ten years at least, major trading partners of the US have been shifting away from the dollar and seeking out alternatives in bilateral trade. The mainstream media has been very careful to ignore this threat as often as possible.

With the Federal Reserve cutting its balance sheet, the focus will now be on foreign buyers to prop up US debt. As long as the US is utterly dependent on foreign investment in the dollar and Treasury bonds, we will be vulnerable.  All that is left is for someone to introduce an alternative reserve system, and of course my regular readers know that such a system already exists in the IMF’s Special Drawing Right currency basket. Add to this the fact that the IMF is “looking into the benefits” cryptocurrencies and blockchain technology, and I think it is obvious where this is all heading.

Retaliations by foreign trading partners will not be limited or short-lived. A legitimate deal will not be struck between the U.S. and China or any other trading partners for that matter (though empty promises might be made). The trade war will escalate to include threats to the dollar’s petrostatus and world reserve status. And U.S. treasury debt will come into question or be used as leverage by other nations. In fact, this may very well be the plan.

With Kudlow (originally hostile to Trump’s trade policies) in place as chief economic adviser to the White House, there is little chance that economic reality will be at the top of the White House schedule, or that any of the above concerns will be given proper examination.

Is it sensationalism to argue that the introduction of Kudlow into the Trump cabinet is a sign of economic Apocalypse? Maybe. But look at his record, his past associations, his affinity for institutions that act as breeding grounds for globalism and other very destructive ideas, as well as his ability to ignore all fundamentals in the name of promoting a directed agenda, and I think we have a recipe for something very ugly on the horizon.