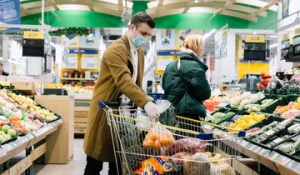 According to Kraft Heinz CEO Miguel Patricio, the company is going to be “raising prices, where necessary, around the world.” Patricio says the general public should get used to higher prices for food.

His comments follow a spike in government-induced energy and raw material prices alongside supply chain issues around the globe prompting companies to increase prices. This is all by design and none of it is an accident or coincidence. The key is to understand that so you can come out of this at the end.

According to Patricio, a broad range of factors has contributed to Kraft Heinz’s decision. “Specifically in the U.K., with the lack of truck drivers. In the U.S., [logistics] costs also increased substantially, and there’s a shortage of labor in certain areas of the economy,” he tells the BBC.

This week PepsiCo warned it was also facing rising costs on everything from transport to raw ingredients and said that further prices rises were likely at the start of next year.

Of course, there can always be a debate about whether PepsiCO and Kraft Heinz’s products could even be considered food.

At the height of the scamdemic, customers in the UK bought more Heinz Baked Beans, while customers in the US bought more Kraft Mac & Cheese. Overall sales rose 1.6% to $13bn in the first half of this year, representing a slight slowdown. The results were described by Erin Lash, at the investment firm Morningstar, as “still quite impressive relative to the comparable pre-pandemic period in 2019”.

If we truly are living through a pandemic, then it would stand to reason that people should boost their immune system and be willing to spend more of their hard-earned money on the foods that are going to keep them healthy, like fresh organic vegetables. Instead, it seems like the items missing from the shelves are things that can, at best, be considered “food-like products.”

We are being told that there is no resolution or solution to the rising prices or the bare shelves. At least not in the immediate future.  It’s past time to prepare, but if you’re just starting, now is as good of a time as any.  Stock up on healthy foods, and avoid processed foods as much as possible. You never know what kind of scamdemic the ruling class is going to roll out next, and if it’s truly something that’s sinister and causing real harm and damage, you will want the best quality food you can get!

EDITOR’S NOTE: Isn’t it ironic how during an epic and historical supply shortage of literally everything, big pharma can manage to get all the supplies needed to make “vaccines” and the syringes to inject the worldwide population several times? Why no one has stopped to ponder this, is not really a big surprise.  The media and ruling class haven’t told them to.