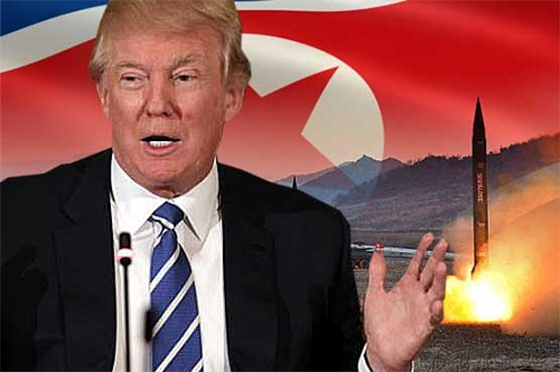 This report was originally published by Brandon Smith of Alt-Market.com

Though a lot of people in my line of work (alternative economic and geopolitical analysis) tend to be accused of “doom mongering,” I have to say personally I am not a big believer in “doom.” At least, not in the way that the accusation insinuates. I don’t believe in apocalypse, Armageddon or the end of the world, nor do I even believe, according to the evidence, that a global nuclear conflict is upon us. In fact, it annoys me that so many people seem desperate to imagine those conclusions whenever a crisis event takes shape.

I think the concept of “apocalypse” is rather lazy — unless we are talking about a fantastical movie scenario, like a meteor the size of Kentucky or Michelle Obama’s Adam’s apple hurtling towards the Earth. Human civilization is more likely to change in the face of crisis rather than end completely.

I do believe in massive sea changes in societies and political dynamics. I believe in the fall of nations and empires. I believe in this because I have seen it perpetually through history. What I see constant evidence of is that many of these sea changes are engineered by establishment elitists in government and finance. What I see is evidence of organized psychopathy and an agenda for total centralization of power. When I stumble upon the potential for economic disaster or war, I always ask myself “what is the narrative being sold to the public, what truth is it distracting us from and who REALLY benefits from the calamity.”

The saying “all wars are banker wars” is not an unfair generalization — it is a safe bet.

First, let’s clear up some misconceptions about public attitudes towards the North Korean situation. According to “polls” (I’ll remind readers my ample distrust of polls), a majority of Americans now actually support U.S. troop deployment to North Korea, but only on the condition that North Korea attacks first.

I want you to remember that exception — North Korea must attack first. It will be important for later in this analysis.

Despite a wide assumption that the mainstream media is beating the war drums on this issue, I find it is in most cases doing the opposite. The mainstream media has instead been going out of its way to downplay any chance that the current inflamed rhetoric on both sides of the Pacific is anything other than bluster that will end with a whimper rather than bomb blasts. This is one of the reasons why I think war is imminent; the media is a notorious contrarian indicator. Whatever they predict is usually the opposite of what comes true (just look at Brexit and the election of Donald Trump, for starters).  Another generalization that is a sure bet is that the mainstream media usually lies, or at the very least, they are mostly wrong.

That said, if we are to believe the latest polls, unfortunately, one thing is clear: The American people, on both sides of the political spectrum, are becoming more galvanized around supporting a potential conflict with North Korea. For the establishment, war is a winning sell, at least for now.

Of course, I am aware that we have heard all this before. Back in 2013 tensions were relatively high with North Korea just like they are today. North Korea threatened a preemptive nuclear strike on the U.S. back then, too, and in the end it was all hot air. However, besides wider public support than ever before in terms of troop deployment to North Korea, something else is very different from 2013. Primarily, China’s stance on the issue of regime change.

In the past, China has been consistent in supporting UN sanctions against North Korea’s nuclear program while remaining immovable on war and regime change in the region. In 2013, it was clear that China was hostile to the notion of a U.S. invasion.

In 2017, though, something has changed. China’s deep ties to the global banking establishment, their open statements on their affection for the IMF, and their recent induction as the flagship nation for the IMF’s Special Drawing Rights system make it clear that they are working for the globalist agenda, not against it. This is not necessarily a new thing behind the curtain; China has done the bidding of globalist institutions for decades. Today though, the relationship is displayed far more publicly.

In 2015, it was China, not the U.S., that sounded the alarm over North Korea’s nuclear program, indicating that Pyongyang might have technology well beyond American estimates. It was this warning that triggered the slow buildup to today’s fear over a fully capable intercontinental ballistic missile package in the hands of North Korea. It seems obvious to me that China plays the role of North Korea’s friend as long as it serves the interests of the globalist agenda, and then China turns on North Korea when the narrative calls for a shift in the script. It is China that opens and closes the door to war with North Korea; a China that is very cooperative with the IMF and the push towards total globalization.

In 2013, China presented the narrative of stalwart opposition to U.S. invasion. In 2017, China has left the door wide open.

Both alternative and mainstream media outlets latched onto recent statements made by Beijing proclaiming that China “would not allow regime change in North Korea.” What many of them forgot to mention or buried in their own articles, though, was that this was NOT China’s entire statement. China also asserted that they would REMAIN NEUTRAL if North Korea attacked first. I cannot find any previous instance in the past when China has made such a statement; a statement that amounts to a note of permission.

Both the American public and the Chinese government have given support for regime change in North Korea given the stipulation that there is an attack on the U.S. or U.S. interests and allies. So, I ask you, what is most likely to happen here?

Much of the world and most importantly the U.S. is on the verge of a new phase of severe economic decline according to all fundamental data trends. The U.S. is set to enter into yet another debate on the debt ceiling issue with many on the conservative side demanding that Trump and Republicans not roll over this time. And, as I discussed in my article ‘Geopolitical Tensions Are Designed To Distract The Public From Economic Decline’, a North Korean conflict stands as the best possible distraction.

How does the establishment rationalize a contested debt ceiling increase while also diverting blame away from themselves on the continued decline in U.S. and global fiscal data? War! Not necessarily a “world war” as so many are quick to imagine, but a regional war; a quagmire war that will put the final nail in the U.S. debt coffin and act as the perfect scapegoat for the inevitable implosion of the current stock market bubble. The international banks have much to gain and little to lose in a war scenario with North Korea.

I predict that there will be an attack blamed on North Korea. Either North Korea will be prodded into a violent reaction, or, a false flag event will be engineered and tied to Pyongyang. Remember, for the first time ever, China has essentially backed off of its opposition to invasion of North Korea as long as North Korea “attacks preemptively.” Why? Why didn’t they make this exception back in 2013? Because now the international banks want a distraction and China is giving them the opening they require.

Will this war culminate in global nuclear conflagration? No. The establishment has spent decades and untold trillions building it’s biometric control grids and staging the new global monetary framework under the SDR system. They are not going to vaporize all of this in an instant through a nuclear exchange. What they will do, though, is launch regional wars and also economic wars. Those people expecting apocalypse in the Hollywood sense are going to find something different, but in my opinion much worse — a steady but slower decline into economic ruin and global centralization.

Eventually, China and the U.S. will enter hostilities, but these hostilities will lean more towards the financial than the kinetic. The establishment cabal works in stages, not in absolute events. Another Korean war would be a disaster for America, just not in the way many people think.

Will there be a nuclear event? Yes. If war takes place in North Korea then it is likely they will use a nuclear device somewhere in retaliation. We may even see a nuclear event as a false flag catalyst for starting the war in the first place. This will not be a global threat, but a mushroom cloud over any American city or outpost is enough to scare the hell out of most people. It is all that will be needed.

Does this mean “doom” for the American people? It depends on how we react. Will we continue to hold the banking establishment responsible for all of their sabotage previous to a high profile war in the pacific? Or, will we get caught up in the tides of war fever? Will we question the source of future attacks on the U.S., or will we immediately point fingers at whoever the media or government tells us is the enemy? Our response really is the greatest determining factor in whether or not the American ideal of liberty stands or falls. This time, I do not see bluster, but a dark fog very common in the moments preceding conflict. This time, I believe we are indeed facing war, but war is always a means to an end. War is an establishment tool for social engineering on a massive scale.