Knowing The Signs Of Blood Poisoning Could Save A Life! 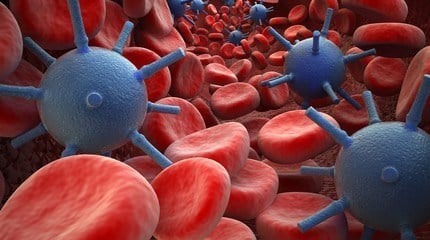 Alexandra Ruddy’s 8-year-old son had fallen at the zoo about a week prior to her taking him to the hospital in the United Kingdom. According to a post she shared on Facebook along with a photo of her son’s red wrist which he injured in the fall. Although she ensured the wounds remained cleaned and they didn’t appear infected, she noticed he developed “red tracking” near the injuries as they headed to the beach one day.

“I took him down to the out of hours feeling a bit silly but when the doctor saw it he commended me on [recognizing] it and getting down ASAP,” Ruddy wrote in the post that has now been shared more than 40,000 shares. Unfortunately, her son had blood poisoning.  His wound has developed sepsis.  “It isn’t something you can ‘leave’ until Monday when the doctors are back in the office,” she added according to Yahoo.

The odd red streak is what alerted this mother to danger and prompted us to detail the deadliness of blood poisoning and the signs to look for.  Because this mother knew her son’s life was at stake, she was able to get him to help immediately.

“That kind of infection where it spreads up into the body like that and causes a red streak, we see with reasonable frequency, and it is a sign of bacterial infection that’s spreading into the body, and that could potentially turn into sepsis,” says Anne F. Brayer, M.D., who is board-certified in pediatric emergency medicine. “Sepsis is really defined by an overwhelming infection that goes over what the body’s defenses can handle.”

What is “Blood Poisoning?”

Blood poisoning is a serious infection that occurs when bacteria are in the bloodstream. Despite its name, the infection has nothing to do with poison. Although not a medical term, “blood poisoning” is used to describe bacteremia, septicemia, or sepsis.

The presence of bacteria in the blood is referred to as bacteremia or septicemia. Keep in mind that the terms “septicemia” and “sepsis” are often used interchangeably, though technically they aren’t quite the same. Septicemia, the state of having bacteria in your blood, can lead to sepsis which is a very severe and often life-threatening state of infection if it’s left untreated. Any type of infection — whether bacterial, fungal, or viral — can cause sepsis and become deadly and these infectious agents don’t necessarily need to be in a person’s bloodstream to bring about sepsis. This is why it’s important to know what to look for and seek medical attention immediately if you or anyone you know appears to have blood poisoning.

What To Look For

Some of the symptoms of blood poisoning are similar to those of the flu or the common cold.  However, if you’ve had surgery recently or you’re recovering from a wound, it’s important that you call your doctor immediately after experiencing these possible signs of blood poisoning.

The symptoms of blood poisoning include:

You also want to watch for more severe symptoms which should prompt immediate action to get medical attention, as the blood poisoning could quickly become life-threatening.  Those symptoms are:

A doctor will test the area to determine which bacteria or fungus is causing the infection in order to administer the appropriate antibiotic, but you shouldn’t wait to get that figured out. A blood infection can spread quickly and become much more dangerous the longer it goes untreated. Do NOT hesitate to go to the emergency room. According to the Mayo Clinic, septic shock has a 50 percent mortality rate. Even then, if medical treatment is successful, sepsis can still lead to permanent damage and your risk for future infections may also be greater.

Unfortunately, even if you do everything right and seek medical attention in a timely manner, you could end up with some permanent damage, which is why avoiding infections is the best way to prevent blood poisoning. Some of the long term effects can be:

Proper cleaning and bandaging of wounds will help prevent infections.  Clean the wound well and use bandages to keep out infectious organisms. Before treating or cleaning a wound, wash your hands with warm soapy water.  Then, follow these steps:

Knowing the signs of blood poisoning could help save your life or the life of someone else. Your quick reaction will also be important should things take a turn for the worst!