JPMorgan: The Next Market Crash Will Usher In Major SOCIAL UNREST 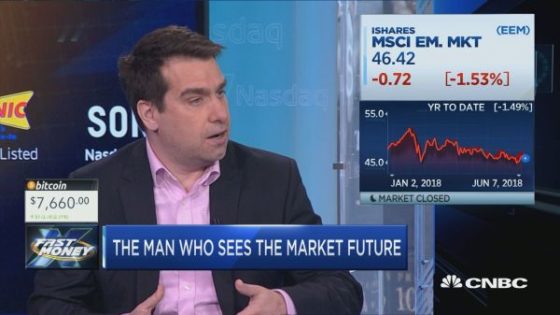 Predictions about the next market crash aren’t all flowers and rainbows. But JPMorgan Chase claims that not only will the public be subjected to a major financial crisis, but it will be compounded by the massive social unrest that will follow.

J.P. Morgan’s top quant, Marko Kolanovic, predicts a “Great Liquidity Crisis” will hit the financial markets hard and be marked by flash crashes in stock prices and social unrest. According to CNBC, Kolanovic says that the timing of when this next crisis will occur is uncertain but markets appear to be safe through the first half of 2019.

Kolanovic is a 43-year-old analyst with a Ph.D. in theoretical physics. He has risen in prominence for explaining, and occasionally predicting, how the new, algorithm-dominated stock market will behave. Kolanovic predicts the market will suffer from sudden and severe stock sell-offs sparked by lightning-fast machines. Unprecedented actions by central banks to shore up asset prices will all lead to social unrest not seen in the United States in half a century.

The forces that have transformed markets in the last decade, namely the rise of computerized trading and passive investing, are setting up conditions for potentially violent moves once the current bull market ends, according to a report from Kolanovic sent to the bank’s clients on Tuesday. His note is part of a 168-page mega-report, written for the 10th anniversary of the 2008 financial crisis, with perspectives from 48 of the bank’s analysts and economists. –CNBC

The current bull rally, which is the longest in modern history by some measures, has been characterized by extended periods of calm punctuated with spasms of selling known as flash crashes. Recent examples include a nearly 1,600 point intraday drop in February and a 1,100 point decline in August 2015. Other analysts, such as Peter Schiff, believe we are already deep in a bear market, and all economic news is bad news right now. However, those flash crashes occurred during a backdrop of a U.S. economic expansion; the new market hasn’t been tested in the throes of a recession, Kolanovic said. “They are very rapid, sharp declines in asset values with sharp increases in market volatility,” he added.

“If you have these liquidity-driven sharp sell-offs that come at the end of the cycle, or maybe even causes the end of the cycle, then I think you can have a much more significant asset price correction and even more significant increase in market volatility,” Kolanovic said. He then closes his report in an ominous tone: “The next crisis is also likely to result in social tensions similar to those witnessed 50 years ago in 1968.”