Journalist: The Beginning Of The End Of American Journalism Was The Lewinski Scandal 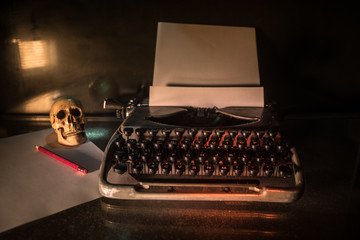 American journalist Matt Taibbi has said that the American press began its rapid decline during the Monica Lewinsky scandal that rocked Bill Clinton during his presidency. The mainstream media is no longer even attempting to portray objectivity, but simply “packaging anger” for the brainwashed American public.

In a new “On Contact” episode, host Chris Hedges and Taibbi dive into the roots of the decay of journalism in the United States, which preys on prejudices and fear while pitting people against each other and paving the way for demagogues. According to RT, Taibbi says this all started back when Bill Clinton was president.

From Monica Lewinski to Hillary Clinton, the coverage of major news stories by the U.S. media has grown increasingly strident, with cable channels no longer trying to project a picture of objectivity but “selling a story that makes people angry,” Taibbi, an award-winning journalist, and author says.

Taibbi says that the result of this journalistic decay and emotional fear mongering is a public addicted to hating each other. Americans have become addicted to the news that agrees with their bias, and it was set up that way on purpose. The only thing anyone will hear when they turn on the news are stories specifically crafted to manufacture outrage, make you hate the other side, and fuel the addiction to anger.

Taibbi is the author of Hate Inc: Why Today’s Media Makes Us Despise One Another.

In this characteristically turbocharged new book, celebrated Rolling Stone journalist Matt Taibbi provides an insider’s guide to the variety of ways today’s mainstream media tells us lies. Part tirade, part confessional, it reveals that what most people think of as “the news” is, in fact, a twisted wing of the entertainment business.

Heading into a 2020 election season that promises to be a Great Giza Pyramid Complex of invective and digital ugliness, Hate Inc. will be an invaluable antidote to the hidden poisons dished up by those we rely on to tell us what is happening in the world. –Hate Inc. description, Amazon