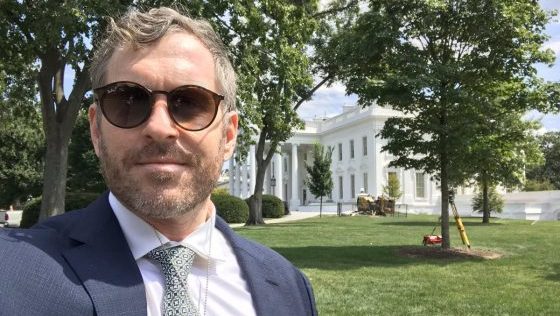 Journalist Mike Cernovich (above) says that a coup is underway and that president Donald Trump is being held on “house arrest.” Chernovich says he discovered this information after spending a week in Washington DC and talking to over 100 people.

“House arrest,” is how Trump’s life can be described now that Chief of Staff John Kelly had been introduced.  According to Vanity Fair, it means Trump is “losing control of his West Wing.”  But Chernovich claims it’s more about controlling the president and he said that it has been repeatedly described to him as a coup.  “They keep the door to the Oval Office closed and Kelly doesn’t let any articles go through Trump until he’s reviewed them,” as Adrian Carrasquillo and Charlie reported at BuzzFeed.

Breitbart News Editor-in-Chief Alex Marlow spoke to journalist Mike Cernovich on Breitbart News Daily and they discussed the Trump presidency.  Cernovich says that Donald Trump is on “White House arrest” and a “coup is underway” as they speak. Cernovich has a running series of posts called  ‘Dispatches from Trumpland‘ that were at the heart of their discussion, and all about the coup.

The interview can be listened to below.

“There’s some pretty explosive stuff in your report,” said Alex Marlow referencing Cernovich’s recent Trump Dispatches, “and so I just wanted to unpack some of it with you. The first place where it starts in your dispatch is that Trump is on house arrest and you cite John Bolton who people thought was under consideration for National Security Advisor, for Secretary of State who can’t even have access to the President right now and this is a pretty big departure from campaign trail Trump.”

“Exactly, so I’d heard from people that Trump is on house arrest,” replied Mike Cernovich, “I thought ‘oh C’mon, the President of the United States, that’s the weirdest thing I’ve ever heard’, but I kept digging into it and I kept hearing the same thing over and over again and then, of course, John Bolton wrote his column for National Review and he’s begging people to retweet it, he said ‘this is the only way the President is gonna see it,’ and I’ll say Alex, I don’t really understand, how can Trump not see who he wants to see? This is something I don’t really fully comprehend within the White House. I have talked to a lot of people, it’s a very weird situation.”

I offer the Iran nonpaper now as a public service, since staff changes at the White House have made presenting it to President Trump impossible. Although he was once kind enough to tell me to “come in and see me any time,” those days are now over.

Candidate Trump criticized the Iran Deal but his advisers don't want to leave it. I offer this as a PSA. #IranDeal https://t.co/uNzpAFisMu

Chernovich also declared clearly in his Trump Dispatches that John Kelly has confiscated the president’s phone.

When sources confided in me weeks ago that General Kelly confiscated Trump’s cell phone, I hesitated to report it. How could that be true? “Oh it’s true, but Kelly gave him his phone back,” a source told me yesterday, “but Kelly listens in most of the time. We call it the ‘party line,’” a reference to a 90s trend where multiple people would call into a phone line to chat. –Dispatches From Trumpland

“I heard [John] Kelly had taken his [Trump’s] phone, so he wouldn’t be getting messages on his phone which again I thought was a weird story when people were telling me that I said, ‘come on, get out of here you can’t take the President’s phone this is incomprehensible,’’ Chernovich said during the interview. “But again that Bolton thing confirmed it and I’m not a big John Bolton fan personally, I don’t have anything against him but I found it amazing that he was, again, begging for retweets saying ‘the only way the President is gonna see my article is maybe if it goes viral,’ because it has to get past General Kelly, that shows there is some kind of coup going on there.”

Marlow then went on to question Cernovich about his claims that White House staffer Ben Rhodes was essentially running the National Security Council. Cernovich replied with a claim that Rhodes was colluding H.R. McMaster to leak sensitive information from within the White House. According to Cernovich, “Ben Rhodes’ people leak all the information out to Rhodes and his intermediaries, McMaster looks the other way and that’s part of the coup.” –Breitbart

“Coup is a strong word,” said Marlow, “but it’s very hard to argue against it at this point.”