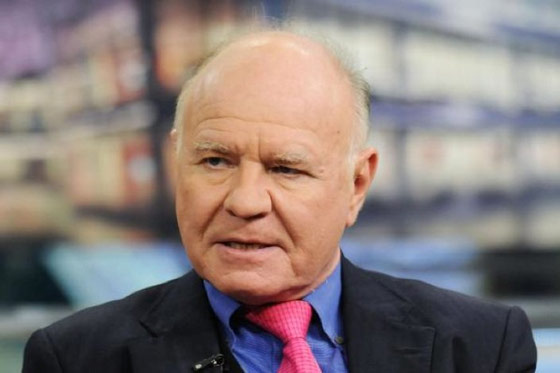 As hypersensitivity across the world reaches a fever pitch, it seems that no one is immune to accusations ranging from racism to xenophobia. Nowhere was this more evident in the past week than when well known and highly trusted economic and geopolitical analyst Marc Faber was accused of racism after publishing a recent market commentary in his monthly Gloom Boom Doom Report. As is often the case, Faber analyzes global events using historical events as reference points, which in today’s day and age of intolerantly silencing speech and tearing down monuments is a dangerous proposition for someone who speaks with such honesty and forthrightness. So dangerous, in fact, that Faber was quickly asked to resign several board seats at top financial and mining firms around the world.

As well, the establishment media made it clear his views were no longer welcomed at Fox News and CNBC, where he has often shared colorful and insightful ideas for years.

Though the mainstream would prefer to keep the public’s eyes closed to the reality of not only history, but where we find ourselves today and why, Future Money Trends featured Marc Faber in an exclusive interview, where among his latest economic and financial outlooks, he responds directly to his accusers with the candor for which he is so affectionately known.

It’s an interview that many people, especially in America, should take the time to watch because if you support the wrong political candidate, certain immigration or health care policies, traditional morals or even standing for the National Anthem, you too have been, directly or indirectly, accused of spreading hate and racism just as has been the case with Dr. Faber.

I’ve been labeled by the mainstream media as a racist… I don’t think that corresponds at all to the reality.

I wrote a report and I wrote about capitalism, socialism, private property and property rights… and I also wrote about the tendency nowadays to want to erase history… in other words, in the U.S. they’re trying to tear down statues of people who 150 years ago had a slightly different view than other people had at the time… they also tried to tear down statues of Columbus, which historically is one of the great…one of the most important personalities…

… I believe if you have civilization and if you have culture you should remember your past… Our past, the white man, has certainly not been glorious… it’s been very cruel… and we abused the system… but the fact is that the white man… the Europeans… they brought a lot of skills and knowledge and built a very prosperous society… that is, until recently.

I think to try to deny that the Western white man made America great is just not right.

And for that I was attacked very badly.

Highlighting the wide net being cast in this global witch hunt for racists and anyone who doesn’t subscribe to the establishment status quo, in the extended interview transcript available via Future Money Trends Marc Faber also explains how so-called mainstream media journalists targeted him with leading questions  following a posting of some of his material by an independent alt-right website with which he has no connection:

We have freedom of the press, and like you say, part of the success of Western society was freedom of expression. But as you said, to have a normal discussion is no longer possible.

I have seen alt-right publish my report. There were some reporters in some papers that sent me emails with questions.  These questions were very leading questions. Essentially, if you didn’t answer them very carefully, they could have been interpreted as a racist comment. The situation as it is, if I had known that it would be blown so much out of proportion, I probably wouldn’t have written it the way I wrote it. I would have written that a great part of America’s success, after all, is that it was essentially colonized or populated by people who came to America to work, and they brought along skills and tools and stuff. I’d leave it at that.

It is what it is, so I will live with it. You’d be surprised about how many people have actually written to me saying that they really admire someone who spells out the truth.

Indeed, Faber is one of few globally recognized voices who has never been afraid to tell the truth.

You can read more of Marc Faber’s thoughts, investment strategies and commentary at Future Money Trends or watch the full extended interview here.