Italian Supervolcano Is Reaching “Critical Stage” According to Scientists – 360,000 People Could Be Affected 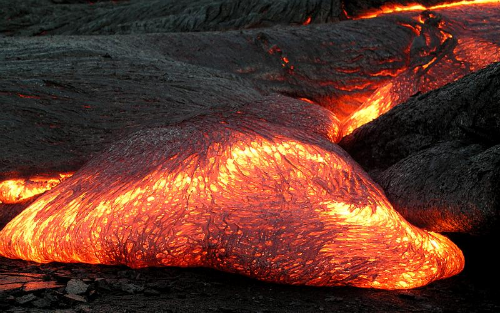 Italy has long been a notorious hot spot for seismic activity. That nation’s history is littered with destructive earthquakes and volcanic eruptions that have killed thousands of people. In fact, just last year a 6.2 earthquake managed to kill 120 people in central Italy.

However, those previous incidents could pale in comparison to the destructive capacity of Campi Flegrei; a massive supervolcano that lies just outside of Naples. Researchers in Italy are currently trying to determine if recent activity around the site could be warning us of an impending disaster.

The volcano has been restless for 67 years, with two-year periods of unrest in the 1950s, 1970s and 1980s causing small, local earthquakes and ground uplift.

Similar unrest occurred over 500 years ago, when it took a century to build up to an eruption in 1538.

Using a new model, the researchers investigated whether Campi Flegrei may again be preparing to erupt.

They found that the unrest since the 1950s has been causing a build-up of energy in the crust and making the volcano more vulnerable to eruption.

Until recently the scientific community wasn’t very alarmed by those incidents. Now the researchers who are studying Campi Flegrei understand that what happened in the 1950s, 1970s, and the 1980s, were all connected. Those incidents suggest that pressure has been building under the supervolcano for decades.

Dr Kilburn said: ‘By studying how the ground is cracking and moving at Campi Flegrei, we think it may be approaching a critical stage where further unrest will increase the possibility of an eruption, and it’s imperative that the authorities are prepared for this.

‘We don’t know when or if this long-term unrest will lead to an eruption, but Campi Flegrei is following a trend we’ve seen when testing our model on other volcanoes, including Rabaul in Papua New Guinea, El Hierro in the Canary Islands, and Soufriere Hills on Montserrat in the Caribbean.

‘We are getting closer to forecasting eruptions at volcanoes that have been quiet for generations by using detailed physical models to understand how the preceding unrest develops.’

However, a large eruption in Campi Flegrei would do a lot more than delay a few flights. The supervolcano is only a few miles away from Naples, a city that is home to over 1 million people. Experts believe that as many as 360,000 people could be immediately affected by this kind of disaster.

To give you an idea of what that would be like, several years ago The National Institute of Geophysics and Vulcanology in Italy produced an animated video, which shows what a worst case scenario would look like if Campi Flegrei erupted over Naples.

Those animated plumes you see would have a temperature range between 200 and 660 degrees Fahrenheit. God knows how many people would be killed or displaced. A volcanic disaster of that scale would be unlike anything seen in Italy since the destruction of Pompeii. Let’s hope that the only thing in store for Naples, is a few diverted flights.