“It Can Easily Be Surmised That Military Action Is About To Occur” – Is Trump Preparing For A First Strike On North Korea? 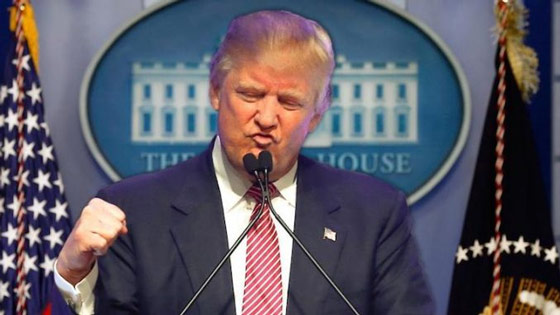 This past week there were many sources reporting on different events that come to play in the overall significance of a possibility of escalation into a war between the U.S. and Russia.  Apparently, the Russians shot down an EQ-4 Drone, estimated to cost more than $200 million.  The cost is not the most alarming thing: the function of this particular type of drone is to tie in communications between different units and branches in different areas of an operational region.  The Russians allegedly shot down the drone with an S-300 interceptor missile over neutral waters of the Mediterranean from Tartus in Syria.

Hal Turner reported extensively on this event.  At roughly the same time, numerous sources and sites released a tweet from President Trump dated 20 June 2017 that was worded both vaguely and with the potential for an ominous undertone.  The tweet is as follows:

“While I greatly appreciate the efforts of President Xi & China to help with North Korea, it has not worked out.  At least I know China tried!”

From such a statement, it can easily be surmised that military action is about to occur, taking the form of a potential first strike by the United States.  Backing up such an expostulation is the fact that President Trump on the 21st of June extended the state of emergency against North Korea in existence with several previous presidential Executive Orders already in effect.  The President extended the state of emergency for another year.  Plans for military action against North Korea are very much on the table and we are on the cusp.

There are protests in South Korea now that the THAAD system has been deployed to the region.  The U.S. was already “cautioned” against such actions by China and Russia as taking belligerent actions in a theater of operations that was their sphere of influence.  That perceived encroachment is stacked on top of a greater problem that threatens to encompass the region even without the involvement of North Korea.  As can readily be seen, tensions in the South China Sea and the areas of the Senkaku Island dispute between China and Japan are at an all-time high.  China has directly and indirectly threatened military action against the U.S. Navy for any encroachments into the area.

There is also the possibility that the USS Fitzgerald was struck by a type of EMP (Electromagnetic Pulse) attack by a directed source, either Chinese or North Korean in origin.  China readily pursues an EMP-first-strike doctrine, and North Korea has followed suit with them in terms of doctrine and technology.  For more information on this, read the summaries of Dr. Peter Pry who chaired the committee that reports to Congress on the EMP threat against the United States.

With the shooting down of a Syrian aircraft by U.S. forces and the subsequent declaration by the Russians that any U.S. aircraft West of the Euphrates river would be a target, the stakes are visibly being ratcheted up.  The North Koreans have two satellites that may or may not be equipped with an EMP device, and the U.S. is approaching the point where military action may occur in a strike against North Korea.  The situation changes day-by-day, and one day the change may be one that will last for many years, if not permanently.