Is The Red Horse Getting Ready To Ride In Ukraine? 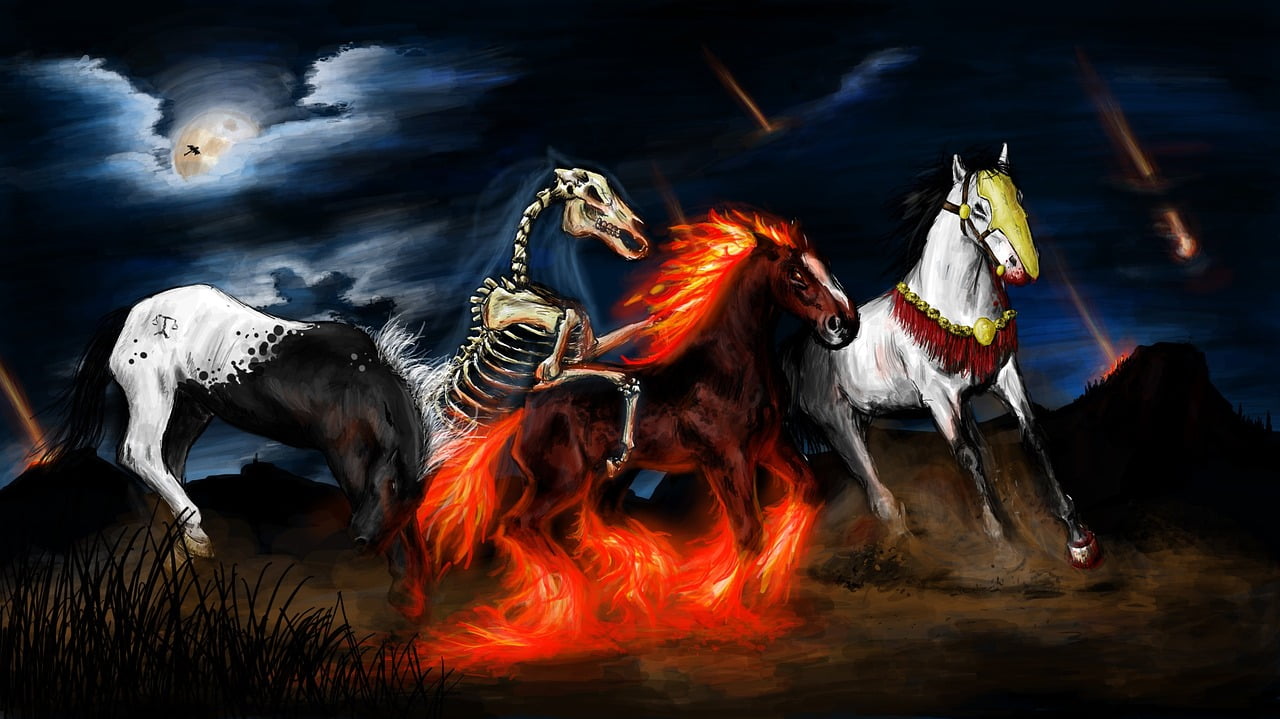 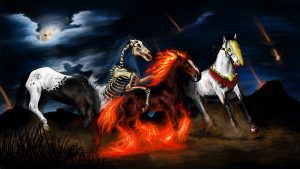 It has become exceedingly clear that there will be war in Ukraine.  In fact, some would argue that the war has already begun.  On Wednesday evening, widespread artillery bombardment of Donetsk and Luhansk started, and it hasn’t stopped since.  It is being called “the most intense artillery bombardment for years”, and it should be making front-page headlines all over the globe.  According to one diplomatic source, “everyone and everything” is being targeted…

A diplomatic source with years of experience of the conflict described Friday’s shelling in east Ukraine as the most intense since major combat there ended with a 2015 ceasefire. “They are shooting – everyone and everything,” said the source.

It is also being reported that mobile phone service is down throughout Donetsk and Luhansk.

Needless to say, a communications disruption often occurs just before an invasion.

Of course all of this is happening as accusations of “false flag attacks” continue to fly back and forth.

When the vehicle of a top separatist leader exploded in Donetsk, western media sources immediately labeled it as a “false flag operation” by the Russians, while the Russians immediately blamed pro-Ukrainian forces…

An explosion has rocked the pro-Russian separatist capital Donetsk in eastern Ukraine in what appears to be the start of Putin’s long-awaited false flag operation. A Russian invasion of the country is expected to follow.

Russian media claim the explosion was a car bomb which was intended to assassinate a top Russian separatist official – who was unhurt – and it came hours after Putin’s allies in the breakaway regions announced they would evacuate 700,000 civilians over fears of an attack by Kiev.

And just a day after U.S. Secretary of State Antony Blinken warned that the Russians could launch a “false flag” attack using chemical weapons, the Russians were claiming that an attack on chlorine tanks was foiled by separatist forces…

Earlier in the day, rebel forces claimed to have thwarted a ‘sabotage’ attack earlier in the day by Ukrainian forces, including Polish nationals, on chlorine tanks. The US had warned just the day before that rebels might stage a faked chemical weapons attack.

It certainly appears that somebody out there is trying really hard to create a pretext for war.

As the shelling continues hour after hour, leaders in Donetsk and Luhansk have decided to evacuate large numbers of their own citizens to Russia…

Ukrainian forces and the pro-Russian separatists they’re fighting in the country’s east reported a second day of increased shelling on Friday, as the leaders of the rebels’ self-proclaimed Donetsk and Luhansk People’s Republics accused the Ukrainian government of planning an imminent attack. The rebel administrations in the two breakaway regions announced plans to evacuate thousands of civilians into neighboring Russia.

In fact, Donetsk alone plans to evacuate up to 700,000 civilians to Russian territory.

The only reason why you would do such a thing is if you believe that a full-scale war is imminent.

Putin signed a decree to mobilise his reserve last night as more than half his army is committed to Ukraine and the west has warned thousands will die if he unleashes a planned bloodbath.

This is beyond serious.

War is in the air, and the Wall Street Journal is reporting that U.S. officials expect a Russian invasion “in the next few days”…

U.S. officials say they expect a Russian attack on Ukraine in the next few days that could involve a broad combination of jet fighters, tanks, ballistic missiles and cyberattacks, with the ultimate intention of rendering the country’s leadership powerless.

These officials said prospects for averting war now appear very dim, while adding that the Biden administration will continue to try to keep open the window for diplomacy.

Needless to say, other such predictions by U.S. officials have not exactly been accurate…

“However, US officials caution they do not know if Putin has made a final decision to invade and note he may delay action or not order it at all,” CNN notes. And importantly, “Earlier assessments forecasting military action by Russia this week did not bear out.”

But what we do know is that Donetsk and Luhansk are being relentlessly pummeled by Ukrainian forces right now.

Just a little while ago, we learned that there has been “a massive gas pipeline explosion” near the city of Luhansk itself…

In the overnight hours local time a massive gas pipeline explosion is being reported, with a fire raging at the site. Early unconfirmed reports suggest the powerful explosion rocked a part of the pipeline in the pro-Russian separatist region, in or near the city of Luhansk.

And there are numerous reports that Ukrainian ground forces have now engaged separatist ground forces at various points along the front.

If the Ukrainians begin taking large chunks of territory from the separatists, I think that the Russians are going to feel compelled to act.

And once the Russians intervene, Joe Biden and other western leaders will finally have the “Russian invasion” that they have been relentlessly warning us about.

On Friday, Biden insisted that the Russians are about to make a major move…

In a televised speech today, Biden said: “We have reason to believe the Russian forces are planning to and intend to attack Ukraine in the coming week, in the coming days.

Joe Biden sure seems quite confident that war is coming.

Of course Biden is not exactly all there mentally or physically these days.

It takes a strong president to keep the national security apparatus and the military industrial complex at bay.

And Biden is definitely not a strong president.

Now our warmongers are about to get what they want, and soon we will cross a line that will make it impossible to have peace with Russia.

We do not want to be in a perpetual state of war with Russia, because it will likely end in the sort of horrifying conflict that I have been warning about for years.

But most Americans do not understand what is at stake.

Most Americans just assume that our leaders are competent and that everything will work out okay somehow.

Sadly, everything is not going to be okay, and our world is about to be plunged into a nightmarish conflict that will not have any winners.