Is The Eclipse Nothing More Than A Money-Making Scheme For The Elites? 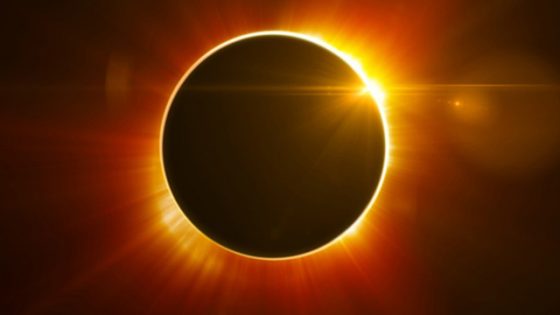 There are many conspiracies surrounding the total solar eclipse that will occur on Monday, August 21.  Everyone, including scientists, talk like this is a sure thing, but is it?

Some conspiracy theorists are asking us all to follow the money. And they make a few good points.  On August 21, the moon will pass between the Earth and the sun, obscuring the light of our star. The government agency NASA says this will result in “one of nature’s most awe-inspiring sights.”  But some say that it’s all just a gigantic conspiracy to make money.

The Atlantic says “something doesn’t add up.” The astronomers at NASA claim to have calculated down to the minute exactly when and where this will happen, and for how long, and have put out maps detailing the “path of totality.” They have reportedly known about this eclipse for years, just by virtue of some sort of complex math. But they haven’t released the math to the public so we can check the calculations for ourselves.

Meanwhile, the scientists tell us we can’t look at it without special glasses because “looking directly at the sun is unsafe.” Of course, it’s unsafe, we’ve known about this for decades.  You shouldn’t look directly at the sun, and there are documented cases of retinal damage because of it.  But what if they only say this during an eclipse (when the moon is blocking the majority of the sun’s rays) to capitalize on the sale of special glasses?

Corporations like Amazon are profiting from the sale of these eclipse glasses. Is anyone asking how many of these astronomers also, conveniently, belong to Amazon Prime?

Let’s follow the money a little further. Hotels along the “path of totality”—a regiondrawn up by Obama-era NASA scientists—have been sold out for months. Some of those hotels are owned and operated by large multinational corporations. Where else do these hotels have locations? You guessed it: Washington, D.C. –The Atlantic

The entire political-scientific-corporate power structure is aligned behind the eclipse. This includes the mainstream media. There are almost no stories about how the eclipse may not happen.  But could that be because it really is going to happen?  Perhaps we should delve a little deeper into the money trail.

Newspaper owner Jeff Bezos is out there buying all of Seattle with the revenue from these “eclipse glasses.”  Conspiracy theorists are saying that there is a chance the eclipse won’t happen at all and are asking for their voices to be heard.  But if it does happen after a scientist says that it will not, his credibility and trustworthiness for the rest of his life will be questioned.

It isn’t likely that the eclipse won’t happen.  But if it doesn’t, we will have a few validated conspiracy theorists out there all too happy to point out that they were right.