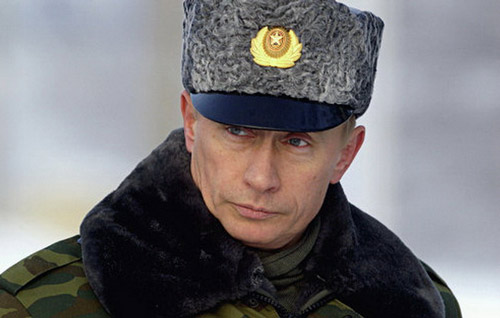 In a previous article on the U.S. backing Russia into a corner and provoking a response that can lead to WWIII, we referenced the following report from the Daily Mail: Putin sacks EVERY commander in his Baltic fleet in Stalin-style purge.

The information is important, because the article details the importance of Kaliningrad, the westernmost Russian military staging base on the Baltic and the hub of a tremendous amount of posturing by Russian forces to counter the US-NATO buildup in the area.  Kaliningrad is detailed in purpose and history, and this in itself is important to understand in order to follow future movements and deployments by Russia.  There is another, subtler reason the article’s information is critical to understand: the mind of a Russian leader who was “brought up” and schooled in the Soviet system of warfare.

Past articles pertaining to Russia have mentioned the work “Inside the Soviet Army,” by Viktor Suvorov, (true name Vladimir Bogdanovich Rezun) who during the 1980’s authored some other works, pertaining to “the Aquarium” (the GRU, the USSR’s-Now-Russia’s version of the CIA), Spetsnaz, and such.  Although written in the1980’s, the tactics have not changed in terms of an “evolution” with the USSR’s transformation to Russia post “debridement” of the former SSR’s and becoming leaner and more technologically advanced.

One of the things that Suvorov mentions is that prior to an operation or a large-scale military action, the Soviet command would purge itself of its highest-ranking generals and officers, and emplace those seconds-in-command to each of the “vacated” positions, or those immediately succeeding deemed worthy.  The reasoning for this was to limit complete understanding of the entire situation only to what the Kremlin wanted known, and even for the final plan of attack/defense to be released only upon the eve of the actual operation.

In this manner, the Kremlin was assured of handpicked leaders with the loyalty level they wished for and a removal of potential dissenters.  Additionally, it also removed the possibility of a “leak” prior to the engagement’s commencement.  The actual overall plan was only given out to the highest members of the newly-formed chain-of-command to assure centralized secrecy and control up until the time that the command to move forward with the operation was given.

This policy does not even have its roots grounded in the Soviet Union; it is an ancient technique of restructuring to assure secrecy and centralized command that dates back a thousand years or more in Russia.  When on a war-footing, it does not necessarily mean the cashiered officers are “disgraced” so much as that they are reshuffled to other areas to serve in other ways, while this technique is being implemented.

If you should manage to get a hold of a copy of Suvorov’s book, another thing that bears mention is the superb manner that the Russians “stockpile” reserves of equipment, weapons, and supplies.  Suvorov mentioned that tanks, for example, were built that had few amenities and creature-comforts: rugged in their simplicity that could be operated with a minimum of training.  The doctrine very much followed (and still does) of quick, deep penetration that promotes large gains of territory quickly and manages to instill “shock and awe” in an opponent.

The Russians believe in a good, quick offense that takes ground swiftly.  This offense is also defensive in nature in the mindset, because by seizing territory in warfare, it creates a larger buffer and simultaneously keeps an enemy off balance.  Speed and deep penetration of armored units into an enemy’s (formerly) rear area is the concept.  It follows that simplistic, time-honored tenet: “The best defense is a good offense.”

This is why it is important to understand the effects of the US-NATO encroachment on the “mind” or mindset of Russia.  Perhaps the West views the additional troops and units as “routine,” however, this “minimization” of a threat in the West’s eyes is nothing less than an attack posture in Russian eyes, and right in their own backyard.  What the former views as nothing, the latter views as a direct provocation and an attack.  Then when (or if) Russia responds, the West points a finger and denounces Russian “aggression” when the West’s own actions have provoked a threat response and fulfilled Russia’s “matrix” for actions.

Such is precisely what happened with the annexation of Crimea.  The West initiated a coup d’état and ousted the elected President of Ukraine, then inserted Yatsenuk.  Some lag time occurred, in which Russia acted decisively rather than lose Sevastopol and its naval base of operations for its entire Black Sea fleet.  Such is also why Syria, and now Eastern Ukraine are such flash points, just as the entire region for the Baltic States has now become.

Russians have been famed as great chess players for many decades, and they are smart enough and decisive enough to act and make wise moves when needed that do not necessarily affect a balance of power while protecting their own interests in their sphere of influence.  A prime example of this is Syria.  ISIS is a creation of the United States, and used as a “vehicle” for the West to try and topple Assad, leader of Syria.  Underlying this was the desire for the West to “knock the knees” off of Gazprom (hence Russia’s) importation and sales of natural gas to Europe.  The West intended to run a gas pipeline from Qatar through northwestern Syria to do this.

Russia was brilliant.  First they “invited” the US to “team up” with them in the war against ISIS.  Obama was dumbstruck, as this would mean the US would be fighting its own creation.  The Russians then acted decisively: They bombed the daylights out of Assad’s opposition (who we backed), bolstered Assad’s forces, left a token force of their own (largely air assets), and then declared the actions to be “over.”  Obama the community organizer was no match for Putin the former Colonel of the KGB.  Furthermore (if you notice), all of the West’s actions have been shifted in focus by the media to “protect the refugees/humanitarian aid/defense,” a lying slant to mask the underlying desire of the US to topple Assad and control Syria.

So to conclude, something is definitely happening, with the Russian Vice-Admiral and another 50 or so officers either relieved or removed and shuffled to parts unknown.  It may interest you to know that an article appeared entitled Russian Armageddon Convoy Practices for WWIII that details movements and shuffling around of nuclear missiles (ICBM’s) of the Topol and Yars missile systems, which are multiple warhead systems, as well as deploying NBC (Nuclear, Biological, Chemical) units.  The article describes how convoys with as many as 400 vehicles have been observed moving around from the European border all the way to Mongolia.

The situation changes by the day, and Putin himself warned the western journalists that they were presenting a picture of the overall situation that was false and misleading…and that we are on the precipice of WWIII.  Food for thought, and almost anything can trigger a response in any of the current flashpoints that can easily escalate into a world war.