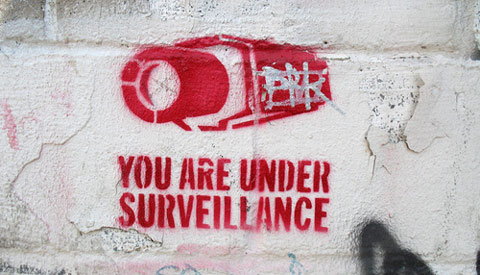 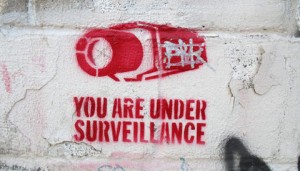 As if the land of the Great Chinese Firewall didn’t have enough of an tight grip on the Internet with its strict censorship and zero tolerance policy for offensive postings, police will now be physically stationed at top online companies and ISPs to guard against online speech “crimes”.

Not to be outdone by its already glorious police state, the government incredibly now intends to place actual Thought Police on the scene to respond in real time to alleged cyberthreats and terms of service violations from inside the offices and operations of top companies, paving the way for adoption of these methods in Western nations as well.

An iron curtain of global censorship system can then use people’s words to enslave and imprison them. PC World reports:

China’s control over the Internet is set to expand. In a bid to better police local websites, the country’s security forces are establishing offices at the biggest online firms in the country.[…]

The ministry’s plan… will place China’s security forces at the offices of the country’s major websites, so that they can quickly respond to suspected online crimes […]

“The law will effectively put China’s Internet companies, and hundreds of millions of Internet users, under greater state control,” the group said in an email.

Websites based in China already have to abide by strict provisions for online censorship, and will often delete any content deemed offensive by government censors.

This, by the way, is also commonplace in the United States and Britain. Websites have been taken to court, or simply intimidated by Secret Service agents into turning over IP addresses and data logged by visitors who’ve been accused of making threatening or illegal comments.

It is an unusually hands-on approach by Beijing, which typically sets censorship standards and puts the onus on companies to comply. China’s Internet regulator has previously favored tactics such as threatening to shut down services that didn’t meet censorship requirements. . .

It is only a matter of time before these other draconian policies find their way into “free countries.”

“Cyber attacks, the online spread of terrorist information, Internet fraud, and the stealing of personal information,” were among the biggest threats the ministry named.

Thus reads the list of freedoms curtailed for your safety – and a must do list for stifling any remaining freedom of speech. China is on it, and so are the spy agencies in America and Europe.

This over-the-top policy is part of a new package of online surveillance that also includes harsher laws, stricter vetting and inspection of products sold online, and mandatory “real name” registration of Internet users – a policy that the likes of Facebook founder Mark Zuckerberg have long since touted.

China is so serious about its online censorship endeavor, that is has developed an anthem to promote the agency in charge. Check out the spirit of freedom evident in its grandiose and stoic lyrics:

Alibaba Group, Baidu and Tencent are among the biggest and best known web companies in China – firms which can now expect to be partnered with an unsolicited censorship police force.

Americans, Everything You Do Is Monitored

The Next Generation of Surveillance: “Everything That Is A Moving Object Is Being Automatically Tracked”