Intent to Destroy Evidence? Hillary Emails “Deleted Where Even God Can’t Read Them” 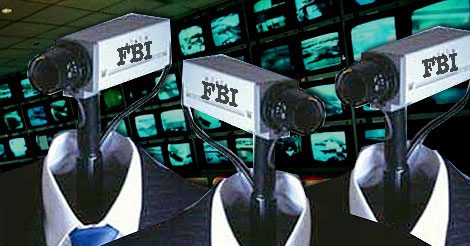 Editor’s Comment: Everyone from top to bottom both inside the system and in the heartland of America is well aware that the emails are just the tip of the iceberg, and that there is certainly something criminal going on.

It is perfectly obvious that Hillary has calculated that she is above the law, or intent on being treated that way. What is not clear is whether or not such a corrupt operation can be stopped before the U.S. selects to put her into the White House. How did this country reach the point where someone can attain the highest office with a Watergate-sized scandal (and beyond) underway and out in the open going into it?

South Carolina Representative Trey Gowdy appeared on Fox News today and disclosed new details about the Clinton email scandal that seem to indicate intent to destroy evidence.  Per the clip below, Gowdy reveals that Clinton used “BleachBit” to erase the “personal” emails from her private server.

For those not familiar with the software, BleachBit is intended to help users delete files in a way to “prevent recovery” and “hide traces of files deleted.”  Per the BleachBit website:

Beyond simply deleting files, BleachBit includes advanced features such as shredding files to prevent recovery, wiping free disk space to hide traces of files deleted by other applications, and vacuuming Firefox to make it faster.

During his appearance on Fox, Gowdy clearly indicates that Clinton’s use of BleachBit undermines her claims that she only deleted innocuous “personal” emails from her private server.

“If she considered them to be personal, then she and her lawyers had those emails deleted.  They didn’t just push the delete button, they had them deleted where even God can’t read them.

“They were using something called BleachBit.  You don’t use BleachBit for yoga emails.”

“When you’re using BleachBit, it is something you really do not want the world to see.”

Gowdy also questioned whether Hillary considered “Clinton Foundation” emails to be “personal” and, if not, asked why the FBI’s investigation revealed minimal emails about Foundation-related topics.

So Dear Reader, we leave it to you to decide whether – like FBI Director Comey – you see no “intent” to hide or obfuscate any of the deleted emails; or – like Rep. Gowdy – you see the facts as proving Hillary Clinton’s intent to ensure no trace was left of these harmless emails about yoga routines or wedding plans.