Intelligence Insider Who Simulated Financial War Games For Government: “What They’re Going To Do Is Lock Down The System… Close The Banks, Money Market Funds, Stock Exchanges” 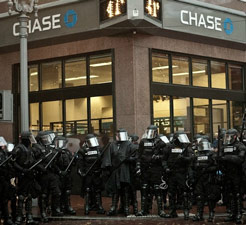 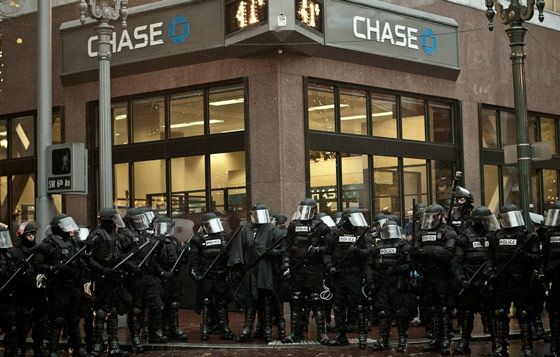 There is only one reason the U.S. economy has thus far avoided a completely devastating collapse that threatens to end life in America as we have come to know it. According to former intelligence operative and author of Jim Rickards, it has everything to do with confidence. Slow but surely, however, that confidence is eroding and it is only a matter of time before the machinations and manipulations of central banks, governments and financial institutions lead to a total destabilization of the system.

And when that day finally comes – when credit markets lock up, stock markets crash, or the U.S. dollar collapses – Rickards, the author of The Road To Ruin: The Global Elites Secret Plan For The Next Financial Crisis, warns in a recent interview with Greg Hunter’s USA Watchdog that access to your assets will be heavily restricted.

You’re going to be in the middle of a panic, whether it’s three months, six month, nine months for the IMF to issue SDR’s, or to convene a global monetary conference, or push the legislative process… whatever it is, it’s going to take some time.

What are you going to do in the meantime, in the middle of the panic, when central banks are constrained and they haven’t come up with their new game plan.

They’ll tell you it’s temporary, the same way Richard Nixon in 1971, when he suspended the gold standard, he used the word ‘temporary’… Of course that was 45 years ago and it’s still in place… that’s what they mean by temporary in Washington… it’s 45 years.

But whether it’s 45 years or 45 days, they’re going to temporarily close all of these financial institutions…

Rickards has previously simulated asymmetric economic attacks for the government and assessed how such scenarios could play out:

When you move over to what we call asymmetric warfare, or unrestricted warfare, what is that? That includes things like cyber warfare, financial warfare, weapons of mass destruction, chemical, biological, radiological weapons, those types of things.

Of course, none of this could ever happen in America, right?

Never mind that the government closed stock markets following the September 11th attacks for a week. Or, that the European Union forced depositors to cover bank losses by confiscating money directly from their bank accounts. Or that pension funds, like the one in Dallas, Texas, recently froze withdrawals for pensioners due to insolvency.

But just in case it isn’t, and the system buckles like it did in 2008 or 1929, Rickards has suggested that concerned Americans seek safety in physical gold and silver as wealth protection assets, while also preparing for serious breakdowns in a supply chain wholly dependent on credit flow, the failure of which could rapidly lead to shortages of food, medicine and gas.

Intelligence Insider Reveals Framework Of the Next World War: “This is How You Have to Think About Escalation and End Games”