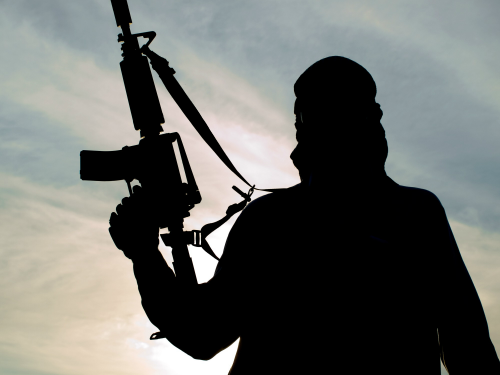 There’s a very simple principle that helps form the bedrock of any prosperous and civilized society. When people do bad things, they should be punished for it. The moment that rule is turned upside down, and the wicked and weak are rewarded for their behavior, society will crumble. There’s no way around it. Every society that rewards bad behavior is on the fast track to destruction.

You might think that would be obvious, but there are plenty of nations throughout history that have fallen under the weight of corruption, in one form or another. Our species has made this mistake countless times. We never learn, and we always pay for it.

Next on the chopping block of history is Denmark, where the police in the city of Aarhus are now essentially rewarding people who have been accused of being terrorists.

Denmark’s second largest city is attempting to tackle terrorism by offering jihadists “empathy” in a programme dubbed “hug a terrorist.”

Whilst Danes who have fought against Islamic State have been threatened with jail on their return from Syria, terrorists are being offered enormous privileges, including apartments, education, and jobs, to encourage them to rejoin society.

Proponents of the police-run scheme in Aarhus say that jihadists are “isolated” and struggling to integrate, and claim that offering them kindness and forgiveness will deter them from their murderous ideology.

However, Danish politician Naser Khader, a Muslim born in Syria, says it sends the wrong message and rewards terrorists who have effectively made war on the West and its values.

He told Australian news programme Dateline the “hug a terrorist” model tells young Muslims: “Go out and do something criminal, be jihadis, you will get a lot of privilege from the society. That’s wrong in my opinion.”

If you applied this approach to literally any other crime you would be heavily criticized by everyone else in society, and for good reason. You wouldn’t give a thief a job, a rapist a free education, or a murderer an apartment. In any decent society these people are thrown in prison. Only after they’ve paid for their crimes, should you even consider helping them readjust to society. Furthermore, if you’re going to reward terrorism, then why bother punishing anyone for anything? Why bother keeping any bad behavior in check?