Infectious Mosquitoes Are Popping Up In New Regions 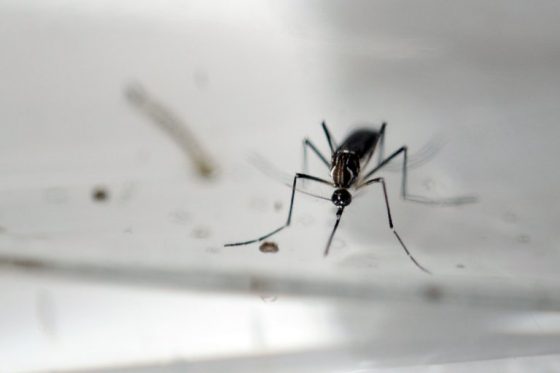 A website which tracks all mosquito species known to transmit human diseases says that it’s got a mounting number of citations.  This means that some deadly mosquitoes may be moving into new ecological niches with greater frequency and bringing their diseases with them to new regions.

ProMED mail has carried more than a dozen such reports since June, all involving mosquito species known to transmit human diseases.  Most reports have concerned the United States, where, for example, Aedes aegypti — the yellow fever mosquito, which also spreads Zika, dengue, and chikungunya — has been turning up in counties in California and Nevada where it had never, or only rarely ever, had been seen before.

ProMED, the Program for Monitoring Emerging Diseases, is overseen by the International Society for Infectious Diseases. It’s moderators disseminate alerts coming in from members, news media, government releases, and other sources. Using notes that put these reports in context, they separate the truly alarming from the mere alarmist.

Over the years, the site has chronicled Public Health England’s hard-fought battle to keep a new invader, Aedes albopictus, the Asian tiger mosquito, out of the “scepter’d isle” that Shakespeare in “Richard II” called “this fortress built by Nature for herself against infection.” –New York Times

In August, The Daily Express newspaper reported that officials had “blitzed a clutch of notorious tiger mosquitoes suspected to have smuggled their way into Britain through the Eurotunnel.” Also taking place in August, ProMED reported that Aedes albopictus also appeared to have established itself in Gibraltar, a British territory on the southern edge of Spain.

The Aaedes albopictus species that had established itself in Italy and southern France, where it has spread chikungunya.  That disease is a rather painful one, accompanied by a fever and known as the “bending up disease.” British health authorities now have more than 30 surveillance stations at ports, airports, and truck stops, and they are all on guard against the mosquito.

Other sightings and reports are not comforting either. The other reports appear to be affecting the entire globe. Some reports have noted mosquito species found for the first time on certain South Pacific islands, or in parts of Europe where harsh winters previously kept them at bay.