In Major Reversal After Warning Of Nuclear War, Germany Approves Tanks For Ukraine 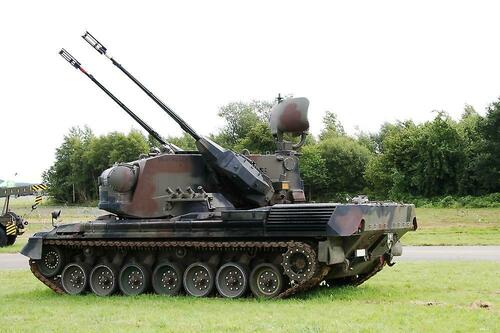 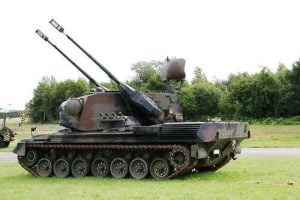 In a major reversal following Chancellor Olaf Scholz only days ago voicing strong resistance, it appears Berlin has bowed to the mounting pressure among allies and approved new tank deliveries to Ukraine from Germany’s own stock, which Scholz had previously said was depleted.

The German Ministry of Defense announced Tuesday that the delivery of Gepard anti-aircraft tanks to Ukraine has been approved. As part of Scholz’s earlier rejection of sending heavy weapons systems, he had cited the potential for the West and Russia sliding into a WW3 and nuclear war scenario.

Axios reports that “The new shipment of the German-made Flakpanzer Gepard was announced by Germany’s Minister of Defense Christine Lambrecht during a meeting with more than 30 defense officials from dozens of NATO and non-NATO countries at Ramstein Air Base.”

Among the officials there at Ramstein for the meeting which was focused on how to help Ukraine defeat the Russian invasion were US Chairman of the Joint Chiefs of Staff Gen. Mark Milley and Defense Secretary Lloyd Austin – the latter fresh off his trip with Secretary of State Blinken to Kyiv where they met with President Zelensky. Representing Ukraine at the Ramstein meeting was Defense Minister Oleksiy Reznikov.

As for Scholz’s prior very clearly articulated warnings against sending items like tanks direct from Germany to the Ukrainians, here’s what he told Spiegel in an interview published only last Friday…

Defense Minister Christine Lambrecht made the announcement at Ramstein…

She also hailed Germany's decision to send anti-aircraft tanks to Ukraine as progress:pic.twitter.com/rUjJaELFoN

“That’s why it is all the more important that we consider each step very carefully and coordinate closely with one another,” Scholz had stressed.

And certainly, the risks he previously laid out haven’t suddenly or somehow become mitigated, given Monday’s alarming comments out of Russian Foreign Minister Sergey Lavrov, who said the risk of nuclear war remains a “serious, real” danger and that “we must not underestimate it.”